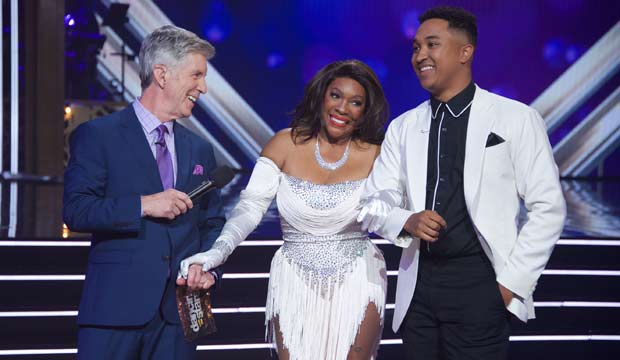 “Dancing with the Stars” revamped its voting this season after last year’s controversial victory by low-scoring Bobby Bones. But is the new system better than the old one? The jury is still out, but the first results left a bad taste in fans’ mouths. Legandary Supremes singer Mary Wilson was sent home, and only 13% of our readers thought that was the right call. That means 87% of respondents thought the show has already gotten off on the wrong foot. Scroll down to see our complete poll results.

The judges’ scores still account for half of the results, but now the viewing audience votes live during the show instead of overnight after the show. Of course, that means that if you want vote but can’t watch the live east-coast broadcast, you either have to vote blind or not vote at all. And yet another twist was revealed in week two of the show: after the bottom two dancers are revealed, the judges will get to decide who should be saved and who should be eliminated.

Wilson ended up in the bottom two with football player Ray Lewis, but almost two-thirds of our readers (65%) thought neither of them deserved to be in the bottom two. The judges didn’t seem to think America got it right either because neither of the lowest scoring contestants — Lamar Odom and Sean Spicer — were even in jeopardy. But even with an unenviable choice on their hands, they still made the wrong call, according to fans. While 13% agreed with Wilson’s elimination, 22% thought Lewis should have gotten the boot.

So we’ve only just begun, but we’ve already gotten a controversial elimination right out of the gate. Are you concerned about the direction of this season, or will it be smoother sailing from here on out? 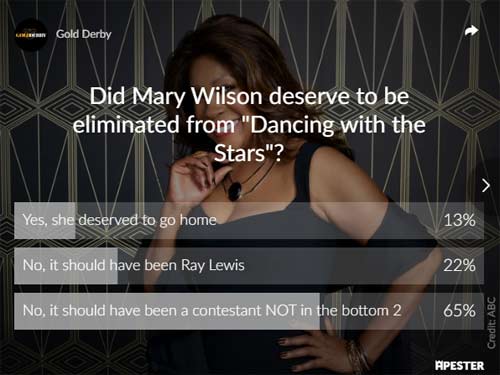