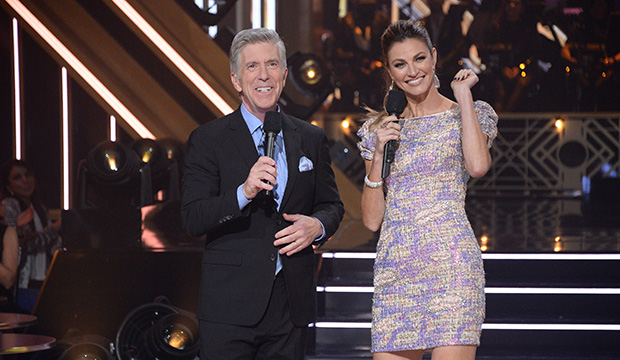 Sorry, “Dancing with the Stars” fans, but the show won’t be back in the spring again. A spring installment wasn’t expected, especially since the show has yet to be officially renewed, but its absence from ABC’s midseason premiere dates announcement on Thursday confirmed what we all knew.

2020 will be the second consecutive year “Dancing” has skipped the spring season since it started its spring-fall rotation in March 2007 with Season 4. The series took a lengthy hiatus after the polarizing 27th season last fall that saw Bobby Bones win, leading to a new production team and a revamped voting system that gave the judges the final call in who to send home. “American Idol,” which will premiere its third season on ABC on Sunday, Feb. 16 at 8/7c and airs on Mondays for part of the run, is another reason “Dancing” has been sidelined in the spring (and had that four-week “Athletes” outing in 2018).

But the 28th season has not been without controversy itself, thanks to Sean Spicer‘s casting and progression to the quarterfinals despite his very poor dancing. And then the judges eliminated James Van Der Beek, one of the season-long favorites, in the semifinal in his first appearance in the bottom two after he and his wife suffered a miscarriage.

In February, ABC Entertainment President Karey Burke said the network was “in conversations” about whether the show would eventually return to its twice-a-year format, but didn’t guarantee anything. In May, she said she hoped the long break in between seasons and the show’s new tweaks would freshen it and extend its life.

The assumption, even by the pros, is that “Dancing” will return for a 29th installment next fall. We can probably look to Tom Bergeron‘s sign-off on Monday’s finale for a hint. Last year, before ABC confirmed “Dancing” would skip the spring, Bergeron shared that he had only been cleared to say “See you next year” on the finale.