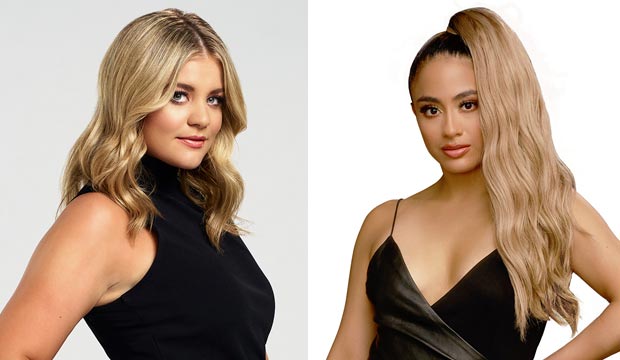 “Dancing with the Stars” premieres Monday night, but fans of the show who have made their predictions here in our predictions center already think they know who will win. Country singer Lauren Alaina is the odds-on favorite, according to the combined forecasts of our users, followed closely by Fifth Harmony pop singer Ally Brooke. If we’re right, they’ll have plenty to sing about this fall.

Alaina currently gets leading odds of 13/5. She rose to fame on “American Idol,” so on paper that makes her a lot like Kellie Pickler, who won the Mirrorball trophy in Season 16. Brooke follows close behind with 3/1 odds, and probably for similar reasons. As a singer from a popular girl group, she resembles Season 10 victor Nicole Scherzinger from the Pussycat Dolls, as well as Brooke’s former Fifth Harmony bandmate Normani, who finished third in Season 24.

Musicians often have an edge in the competition because dance requires musicality and rhythm, and that’s, of course, what musicians do for a living. That’s especially true for a group like Fifth Harmony, whose performances already incorporated lots of dancing. But Alaina and Brooke aren’t the only celebs with support from our users. Actor James Van Der Beek is next in line with 11/2 odds, followed by reality TV stars Karamo Brown (9/1 odds) and Hannah Brown (19/2 odds).

Sometimes our odds are right on the money before anyone has even set foot on the dance floor, as they were when we pegged Laurie Hernandez (Season 23) and Jordan Fisher (Season 25) as frontrunners right out of the gate. But then of course there are seasons where we’re way off, like last year when we thought Tinashe, Juan Pablo Di Pace and DeMarcus Ware were the frontrunners — none of them even made the finals. But in our defense, hardly anyone saw Bobby Bones coming.

Do you think our odds will hold up as the season progresses? Or is there a Bobby Bones-esque dark horse lurking in the cast?