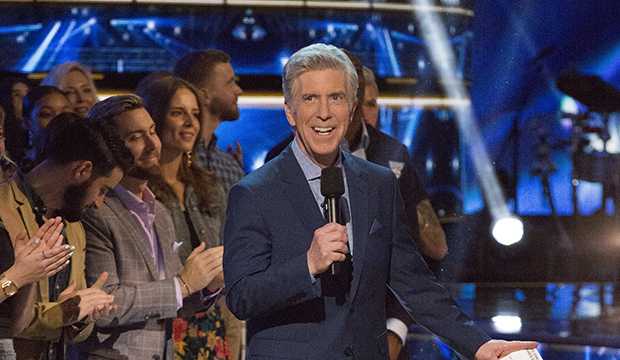 That near consensus is not shocking at all in the aftermath of Bobby Bones‘ controversial win in the derided 27th season last fall that saw poor dancers (read: Bones and Grocery Store Joe) outlast great dancers on the strength of large fan bases. The lack of a results show means that performance scores are added to the votes from the previous week on the show, so the total is not actually reflective of how viewers felt about a particular dance that week. If you have a spectacular showstopper this week, you might still get the boot because not enough people voted for your so-so dance last week.

SEE Don’t worry, ‘Dancing with the Stars’ is ‘definitely’ returning in the fall, but will there ever be 2 seasons a year again?

Bringing back the results show as a 30-minute version was also one of our suggestions to tweak “Dancing,” which is on hiatus until the fall. ABC dropped the results show starting with Season 17 in fall 2013 due to declining ratings and so it could slot in more programming.

Last month, Bergeron tweeted an article in which writer Marc Berman suggested that ABC resurrect a 30-minute results show in the Tuesdays-at-9:30 slot to help fortify its notoriously troublesome 10 o’clock hour. “Let me second @MarcBermanMrTV’s thoughts about the return of @DancingABC,” Bergeron tweeted, with a winking emoji at the end.

Meanwhile, the remaining 10% of fans don’t want the results show back because it might not fix anything. While that might be true, it certainly can’t hurt for ABC to try after such an ill-received season. The question is if ABC is willing to spend more money and hand off another block of real estate on its schedule to an aging show that, while still dependable and has its die-hard faction of fans, is well past its heyday. “American Idol” takes up multiple days on ABC’s schedule, but that is a recent new acquisition, so they gotta make that money count.

ABC has not indicated at all if the results show will return, but it will unveil its new fall schedule on May 14 during upfronts.