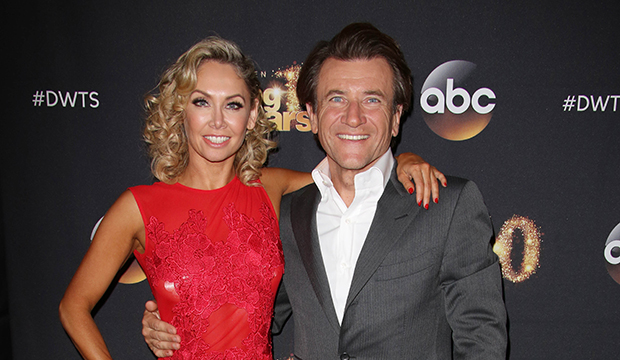 If “Dancing with the Stars” ever does another all-stars season, there’s already one alum who will gladly volunteer as tribute to return: Robert Herjavec.

“Absolutely. I should’ve won. I got gypped,” he quipped to Us Weekly about taking another spin on the dance floor. “We had the best run I’d ever seen on the show and I got 7s. I love that show. It was a great experience.”

That’s an understatement. Herjavec was paired with Kym Johnson in Season 20 in 2015, where they finished in sixth place, and the two are now married with 1-year-old twins. That’s probably better than a Mirrorball trophy.

As “Dancing” fans know, the “Shark Tank” star did the show because it was his mother’s favorite, and they watched it together when she was ill. “She used to say, ‘Oh my God, you’re so pretty, you think one day you might be on the show?'” Herjavec recalled. “I wasn’t even on TV then and I said, ‘If they ever ask me, I’ll do it for you.’ And so when they asked me to do the show, I said absolutely. So if they ask me to do it again, absolutely!”

In fact, Herjavec was so determined to make his mom’s wish come true that when he auditioned for “Shark Tank” and was asked “Why do you want to be famous,” his “knee-jerk reaction was ‘So I can get on ‘Dancing with the Stars.'”

“Dancing” did an all-stars outing in Season 15, which Melissa Rycroft and Tony Dovolani won. There hasn’t been talk of one since. With the show currently on a spring hiatus for the first time in 12 years, TPTB are probably more focused on retooling the show for a comeback after the divisive 27th season. You can argue that they’ll get a ton of buzz with an all-stars season, but that’s just a temporary solution to a long-term problem.