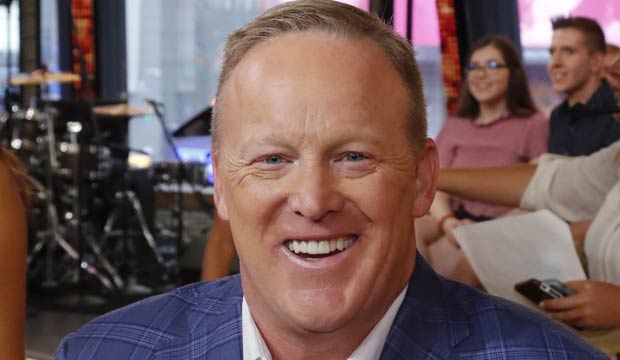 “Dancing with the Stars” has been getting dragged online — even by its own host — for its decision to cast former White House press secretary Sean Spicer in season 28. For several months in 2017 it was his job to back up Donald Trump‘s litany of falsehoods and disinformation. Most of the readers we polled aren’t happy about it either, but are they planning to watch anyway, or will they boycott the show in response. Scroll down to see our complete poll results.

Almost two-thirds of our poll respondents (64%) said they’re not happy about Spicer being selected as a contestant on the show. Of those, 28% say they’ll tune into the show anyway. But 36% declare that they refuse to watch it. Another 19% of readers told us that they don’t mind Spicer’s invitation to the ballroom one way or the other. That leaves only 17% who are actually enthusiastic about his participation.

This isn’t the first controversial celeb to appear on “DWTS,” not by a long shot. Right-wing media personality Tucker Carlson put on his dancing shoes, though that was before he started delivering white nationalist talking points on Fox News. Republican politicians Tom DeLay and Rick Perry were on the show too; Perry subsequently became the US Secretary of Energy (a cabinet department he wanted to abolish).

But it’s not just political figures who have joined the show after flirting with infamy. Olympic swimmer Ryan Lochte was protested live on air when he appeared on the show, which followed controversy over his exaggerated claims that he was robbed in Rio De Janeiro. And figure skater Tonya Harding, embroiled in an early-1990s scandal over an attack against her rival Nancy Kerrigan, joined the “Athletes” season of “DWTS” after the Oscar-winning movie “I, Tonya” told the story from her point of view.

SEEEven Tom Bergeron is mad about Sean Spicer on ‘Dancing with the Stars’: He wanted relief from ‘exhausting political climate’

However, given much of the blatantly racist and dangerously xenophobic rhetoric and policy coming out of the administration Spicer once spoke for, is this a bridge too far for “DWTS” viewers? 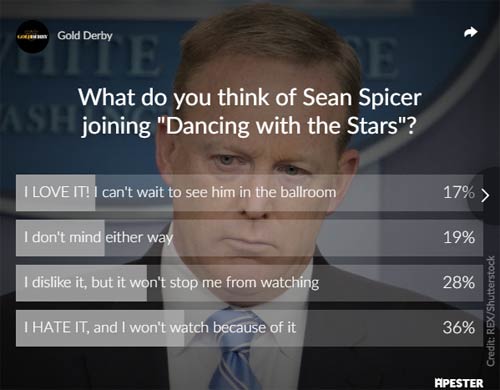