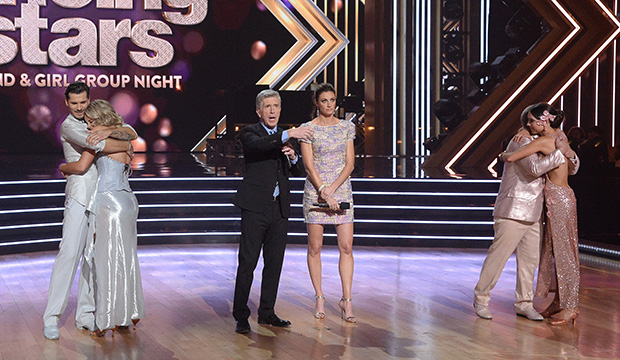 President Donald Trump had been tweeting his support for Sean Spicer all season long on “Dancing with the Stars,” but he briefly withdrew that support Monday night after Spicer was finally eliminated.

At 8:33 p.m. ET, Trump encouraged his followers to vote for Spicer, tweeting, “Vote for Sean Spicer on Dancing with the Stars. He is a great and very loyal guy who is working very hard. He is in the quarterfinals – all the way with Sean! #MAGA #KAG”

The MAGA crowd had been (over)compensating for Spicer, who’s had the lowest score for five straight weeks but didn’t fall into the bottom two until Monday. More than an hour later, when the judges booted Spicer over Lauren Alaina, Trump promptly deleted the tweet, but the internet is forever, so here it is.

Oops that tweet is now deleted after Spicer was voted out. pic.twitter.com/i4RoI2BCub

A great try by @seanspicer. We are all proud of you!

Yup, that’s something he could’ve tweeted in addition to the original tweet. So why did he delete the first one? Who knows, but maybe he doesn’t want to be endorsing “losers.” He’s done that a lot lately.

Trump went to Alabama in search of a stadium that wouldn’t boo him. LSU won for the 1st time in almost a decade.

Spicer is unfazed by his former boss’ fair-weather support. He retweeted Trump’s second tweet and thanked him: “Thank you @POTUS @realDonaldTrump I can’t begin to express how much your continued support has meant, especially during my time on @DancingABC”

Thank you @POTUS @realDonaldTrump I can’t begin to express how much your continued support has meant, especially during my time on @DancingABC https://t.co/1uLvApIPdp