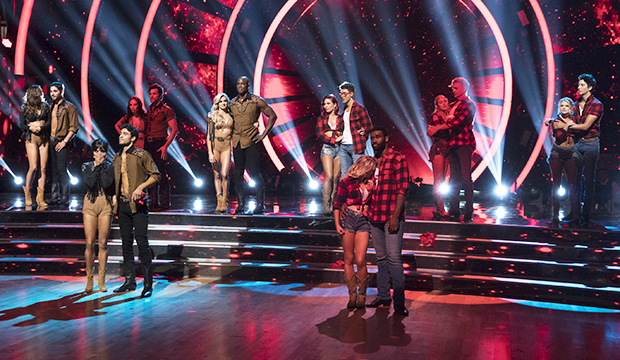 All the speculation over the “Dancing with the Stars” Season 28 cast has been about the celebs (this is definitely Bachelorette Hannah Brown, and these are not-so difficult clues about “Queer Eye’s” Karamo Brown), but let’s not forget about the pros. Last week, newlyweds and former champs Jenna Johnson and Val Chmerkovskiy claimed they didn’t know if they would return for the upcoming fall installment, but, as the show is finalizing the cast and preparing to fly everyone out to New York for the big reveal on “Good Morning America,” it appears like one longtime pro won’t be part of it: Artem Chigvintsev.

On Friday, the former “Strictly Come Dancing” champ gushed on Instagram about his girlfriend and Season 25 partner, Nikki Bella, and said she was “the good ending to a bad day and the best start to a new day.” Aw, so cute.

It’s innocent enough by itself, but Bella posted a quote on Saturday about starting anew and the magic of beginnings. Later that day, the former wrestler posted a lengthy Instagram caption with a photo of the couple that at first sounded like they were splitting. But read further and she talks about the two of them starting respective new journeys, she with her reality show “Total Bellas”; he, “starting the same as well.” She makes references to doors being shut and not understanding why, and professional and personal changes. She never mentions “Dancing with the Stars,” but between this and Chigvintsev’s post, fans read between the lines and took it to mean that the pro was not invited back for Season 28 — hence his “bad day” on Friday when he got the call.

Today is a new beginning for both @theartemc and I. As I start a new amazing journey with @totalbellas and my life, my @theartemc is starting the same. And I am so excited for him to be on this journey with me. I’m thankful for him to showcase his life, love, ups and downs not only for me but for my Bella Army and my Total Bellas viewers. Sometimes we have a door shut and we don’t understand why, but honestly there is always a reason. I have been through that. And not through that just as a break up but through that professionally and personally. And when those other doors open they open SO big! Believe in God, the Universe, our Angels and so much greater beyond what we can see. Believe that happiness lies beyond dollar signs. As long as we have each other, health, happiness and love they can’t cheat us, use us or cause us harm. I love you all! I love your support! Your follow! Your positivity! And thank you for sharing it with someone who means SO much to me. ❤️

If Chigvintsev is indeed sitting out this season, it’s probably just a numbers game. There’s pro turnover every season and TPTB likely want to bring in fresh faces as well to revitalize the show after a year-long absence. And with all due respect, we hate to say it, but Chigvintsev never really took off as a fan favorite since his arrival in Season 19 nor has he come close to the Mirrorball (even perennial early bootee Keo Motsepe has a top three finish now). With the exception of Season 21, he had been in every season since, but his highest placements were just two sixth-place finishes, with Lea Thompson in his debut and Nancy Kerrigan in Season 24. Last season, he and Paralympian Danielle Umstead were the second pair eliminated.

Still, it no doubt sucks not to be asked back when you want to return/are expecting it, and Chigvintsev is very familiar with that. In Season 21, he was originally announced as part of the cast, but was later dropped due to last-minute casting changes.

There’s, of course, the possibility of both of their posts being about something else entirely, but what are the chances? And so close to the reveal? The whole “Dancing” cast will be unveiled Wednesday on “GMA.”