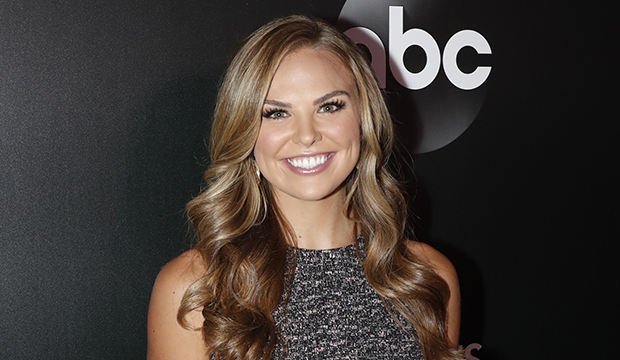 The only other star of “The Bachelorette” to hit the hardwood was the very first one, Trista Sutter, who has the dubious honor of being the very first contestant eliminated on “Dancing” way back in its six-contestant debut season in 2005. It was practically a different show back then. Since then, “Dancing” has only booked one other female Bachelor Nation alum prior to Brown: Melissa Rycroft, who was dumped by Jason Mesnick after he chose her on the Season 13 finale of “The Bachelor.” Rycroft was never the Bachelorette, and she finished third on Season 8 of “Dancing” and then won the all-stars outing in Season 15.

After that, “Dancing” has been all about “Bachelor” dudes. Four Bachelors have gone “Dancing” and finished roughly around the same place: Jake Pavelka (seventh in Season 10), Sean Lowe (sixth in Season 16), Chris Soules (fifth in Season 20) and Nick Viall (sixth in Season 24). And who could forget last season when Joe “Grocery Store Joe” Amabile — who was not a Bachelor, but a “Bachelorette” and “Bachelor in Paradise” fan favorite — two-left-feet’d his way to sixth place?

The disparity has been glaring, and Kaitlyn Bristowe, who headlined Season 11 of “The Bachelorette,” has been calling it out for years. In 2017, she tweeted that she was offered to do “Dancing” in 2015 after her season, but “Bachelor” creator Mike Fleiss blocked her from joining.

Actually I was offered it, had the contract & Mike Fliess told me I wasn't allowed.He said he didnt want people wanting fame after his show🤔 https://t.co/nSzricohi4

Thanks I'll get right on that opportunity 2 yrs ago. I wonder what changed your mind? 🙄 https://t.co/8QMr8XHsIO

So it’s high time “Dancing” went back to the ladies. Bristowe called Brown’s casting “long overdue.” And Brown could very well do the best out of all the Bachelor Nation wannabe dancers: She is coming off a hit season this summer, is incredibly popular, has a dance background, and is very sympathetic after she ditched her chosen suitor/fiancé Jed Wyatt upon learning that he had a girlfriend the entire time he was on “The Bachelorette.”

The biggest question left (besides, you know, seeing if she can actually ballroom dance) is the identity of her pro partner, which won’t be revealed until the premiere. That might be tough to keep under lock and key for all the couples since these folks have to rehearse and all, but if Brown and her pro hit it off and have the right chemistry, she could become the second Bachelor Nation alum to trade roses for the Mirrorball trophy.