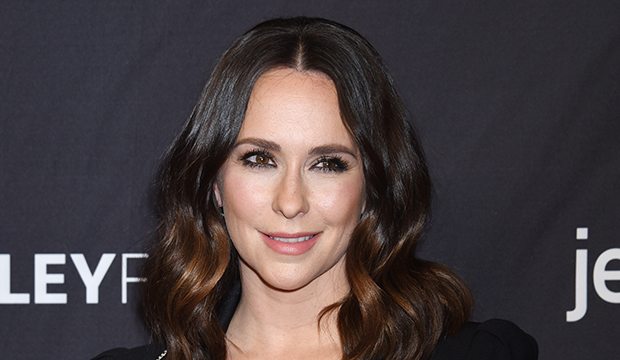 We’re sure “Dancing with the Stars” would love — pun completely intended — to have this celebrity on: Jennifer Love Hewitt, who would love to do the show herself.

During an interview with “Entertainment Tonight” (watch below), the “9-1-1” star revealed that “Dancing” is one of her favorite shows and she is game to lace up her dancing shoes. “I’m ready! I’m ready!” she declared before temporarily having second thoughts. “Oh my God, I’d pass out. I would be too nervous, but I would love to just be, like, in the audience and root people on.”

Sure, but if the “Dancing” producers called, she’d totally do it, right? “I would dance,” she sheepishly said. “Yeah. The second they ask.”

Hewitt is the latest star to express interest in hitting the hardwood. Natasha Bure, the daughter of Candace Cameron Bure, who finished third on Season 18, said she “would love” to do the show in March. Collegiate gymnast and viral sensation Katelyn Ohashi revealed earlier this month that she’s been in talks with the show, while Robert Irwin, brother of Season 21 champ Bindi Irwin, has said he’d be willing to give it a go as well.

But Hewitt is indisputably the most famous name of all these folks and she checks multiple boxes for “Dancing”: The “Kids Incorporated” and “Party of Five” alum is a former child and teen star and was one of the biggest ingenues of the ’90s, so there’d be major nostalgia in play, and she’s been a consistent TV presence since then, with “Ghost Whisperer,” “The Client List,” “Criminal Minds” and her current hit, Fox’s “9-1-1.”

SEE Robert Irwin would do ‘Dancing with the Stars,’ but don’t expect him to be as good as Bindi

And it’s “9-1-1” that could affect her participation if she’s extended an invite. The show is returning for its third season in the fall, so its production would overlap with that of “Dancing.” But if Hewitt really wants to go “Dancing,” they can all probably work out a schedule. Hell, people have done “Dancing” while touring around the country the rest of the week.

Season 28 of “Dancing with the Stars” will premiere in the fall. The cast will be announced later this summer.