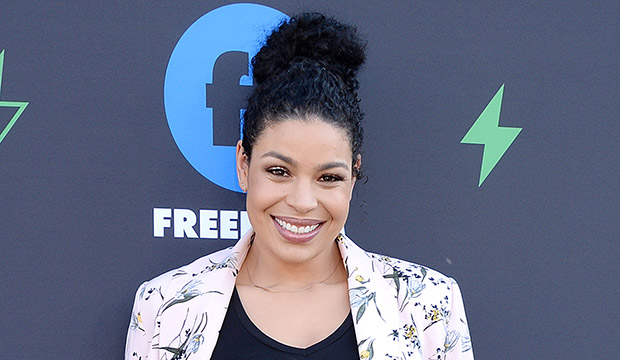 Jennifer Love Hewitt is dying to hit the parquet on “Dancing with the Stars,” but Jordin Sparks is, shall we say, less inclined to do so.

While answering fan questions with Us Weekly, the former “American Idol” champ said that she would be “so terrified” to trade in a microphone for dancing shoes. “I just got so terrified. I’m so terrified. Give me a microphone, I am totally fine. Tell me to dance in front of an audience and I — oh,” Sparks says, shuddering at the thought of dancing. “I’m game for anything, but like, oh, lord have mercy.”

SEE ‘Dancing with the Stars’ is staying put on Mondays this fall, but there is some bad news

The singer points to her last all-out attempt at learning choreography: in 2011, when she was promoting her single “I Am Woman.” “I was dancing more when I put out ‘I Am Woman.’ I rehearsed for, like, a month just for that one performance on ‘Idol,'” she shares. So learning one or multiple dances in a week is definitely not her idea of a good time. Plus, her pal Amber Riley, who won Season 17, told her all about the grueling “Dancing” schedule.

“I was like, ‘No, nope. I would not be able to do that,'” Sparks says. “Just a couple of days before? No, no! I can memorize a song no problem, but steps? Oh, I’m scared. I’m scared to talk to you about this conversation. … If they call me, I’ll have to turn them down. Not ready, I’m not ready!”

But the Grammy nominee left a wee bit glimmer of possibility that fans may see her go for the Mirrorball one day. “But maybe that’s why I should do it — because it scares me,” she acknowledges. “Who knows? Who knows?”

SEE Paging ‘Dancing with the Stars’: Jennifer Love Hewitt is ‘ready’ to do the show ‘the second they ask’

“Dancing,” which was benched this spring, will return in the fall with its 28th season — one that will have some format changes and will hopefully be stocked with bigger celebrities if producers get their way. “Resting the show does help us really, really focus on talent and really take the time to go after people that we think will be the strongest,” ABC Entertainment President Karey Burke said earlier this month. “And so that has been a gift. I think that the producers would say the same thing. And they are really, really trumping it a bit to bring it back next fall quite strong.”

“Dancing with the Stars” will air Mondays at 8/7c this fall. A premiere date will be announced later.

Tracking 'The Voice' 4-chair turns for Season 19: John Legend is 2-for-2 thanks to Tamara Jade and Cami…

'Dancing with the Stars': Why we're anxious/scared/excited to see these celebs play bad guys on…

'Big Brother 22' winner predictions: Cody is overwhelming front-runner, but who's in 2nd…

Was Vernon Davis robbed on 'Dancing with the Stars'? Most fans say he should've stayed in the…

'Big Brother 22' spoilers: Final Head of Household competition Part 2 preview - Who will do battle on…

'Big Brother 22': How to vote for America's Favorite Houseguest -- YOU decide who wins…

'Big Brother 22' episode 35 recap: Here's everything that went down during Friday's 'special episode'…

'Big Brother 22's' Christmas on calling out Enzo: 'I just thought I'd send him off with a little goodbye…

'Big Brother 22' spoilers: The Meow Meow is running out of lives