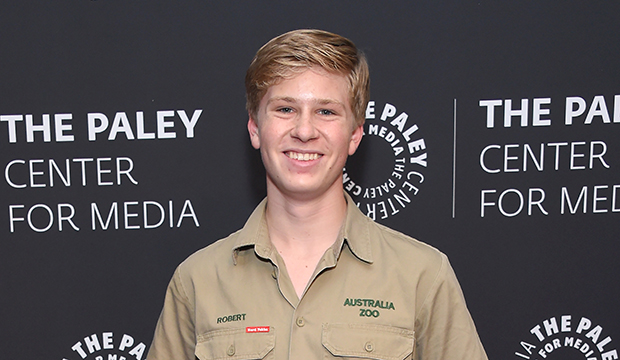 “I’m not as graceful as Bindi, let’s just say that. I’m not very graceful,” Robert warns “Entertainment Tonight.” “[But] I’d give it a go.”

One of the best contestants in the show’s history, Bindi won Season 21 in 2015 with Derek Hough, giving him his record sixth Mirrorball trophy. The pair also set a record of most perfect scores in a season with eight, a mark that has since been eclipsed by Jordan Fisher and Lindsay Arnold in Season 25.

Robert, 15, doubts he’d come anywhere near that, which could just be him being humble or tempering expectations; Bindi did set a very high bar to clear. But it doesn’t sound like he’d turn down the show if offered a spot in the cast. “I don’t think I’d be as good as Bindi. She was incredible,” he says. “I mean, when you watched her dance, it was just like she’d been dancing her whole life, and she’d never danced before, so really amazing. I was so proud of her. Maybe one day I’d give it a go.”

The Irwins wouldn’t be the first pair of siblings to compete on “Dancing.” Kim Karsashian finished 11th on Season 7 and her brother Rob was runner-up on Season 13. Kelly and Jack Osbourne posted third-place finishes on Seasons 9 and 17, respectively. Drew Lachey won Season 2, while Nick Lachey was ninth on Season 25.

Robert is the third person to have expressed interest in doing “Dancing” next season. Natasha Bure, the daughter of Candace Cameron Bure, who finished third on Season 18, said she “would love” to do the show in March. And collegiate gymnast Katelyn Ohashi just revealed that she’s been in talks with the show.

“Dancing with the Stars” Season 28 will premiere in the fall on ABC.