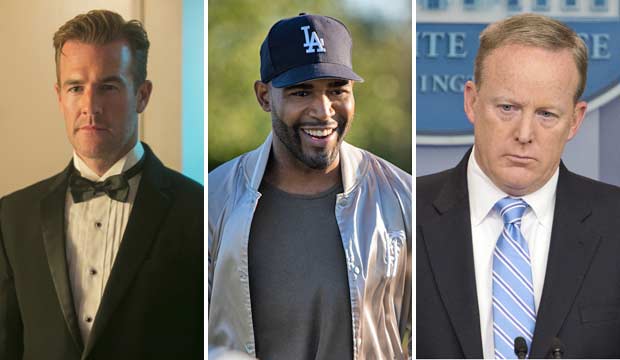 On the August 21 edition of “Good Morning America,” “Dancing with the Stars” announced the celebrities who will enter the ballroom for season 28 starting on September 16. They are as follows:

That list represents a familiar mix of music stars, actors, athletes, reality show personalities and legends of yesteryear for “DWTS.” Even the inclusion of Sean Spicer isn’t that unusual, though it may be especially contentious this season. The show has featured right-wing political figures before, from Tucker Carlson (white nationalism denier on FOX News) to Rick Perry (currently in charge of US nukes), but it may be especially controversial now after the summer of “Send her back” and white supremacist violence. The Emmys also got flak a couple of years ago for featuring Spicer in a comedy bit.

SEETravis Wall on his ‘So You Think You Can Dance’ opening number inspired by gun violence epidemic: ‘Enough is enough’ [WATCH]

Politicians usually don’t make it far, though. We might expect better things from Ally Brooke given that her former Fifth Harmony band mate Normani made it to the finals in season 24. Lauren Alaina could follow in the Mirror Ball Trophy-winning footsteps of fellow country singer Kellie Pickler (season 16). And Hannah Brown could give “The Bachelor” extended universe its first winner since Melissa Rycroft prevailed in season 15.