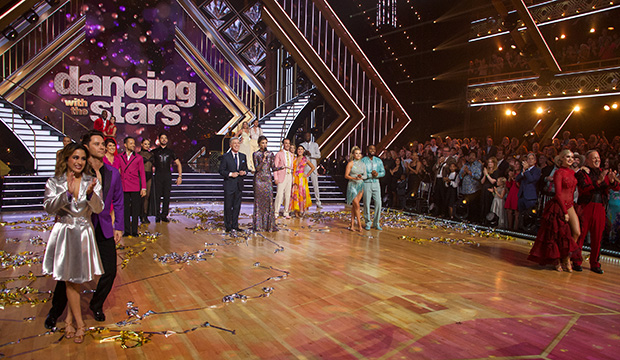 It’s Disney Night on “Dancing with the Stars” on Monday, and you don’t have to spend the next few hours wondering which songs will be featured or who will have what.

ABC teased just a couple of the Disney tunes that will be featured on the show, but Oh My Disney has the entire set list for the top nine couples. Without further ado, they are:

“A Dream Is a Wish Your Heart Makes” from “Cinderella”

“Under the Sea” from “The Little Mermaid”

“A Spoonful of Sugar” from “Mary Poppins”

“We’re All in This Together” from “High School Musical”

“He’s a Pirate” from “Pirates of the Caribbean: The Curse of the Black Pearl”

SEE ‘Dancing with the Stars’ Season 28: Disney Night includes contemporary and jazz, but will there be an elimination?

But which couple has which song? A refresher, the pairs’ dances are:

Based on this and some Instagram posts over the weekend of the cast frolicking and filming at Disneyland, we can figure out most of them.

Karamo wore a Simba mask and lion tail, so check off “The Lion King” for him. Team Van Der Slate was all over the Pirates of the Carribbean ride, so the Beek will be channeling his best Jack Sparrow (also that song is the most suitable for a paso). The “Under the Sea” caption means Alaina has “The Little Mermaid.” Brooke and Farber studied up in Beast’s library, and the title “Beauty and the Beast” track does make for good contemporary music. Brinkley-Cook will probably be Cinderella since she and Chmerkovskiy met the princess. Spicer and Arnold were in Toy Story Land, so you know what that means. And Brown and Bersten took a ride on Aladdin’s magic carpet.

That leaves just two couples whose photos don’t reveal much. But by process of elimination, we’re gonna say Mitchell and Carson have “High School Musical,” and Flannery and Pashkov have “Mary Poppins” because the producers totally would give each of them those movies.

So there ya go. We solved it. No Disney magic necessary.