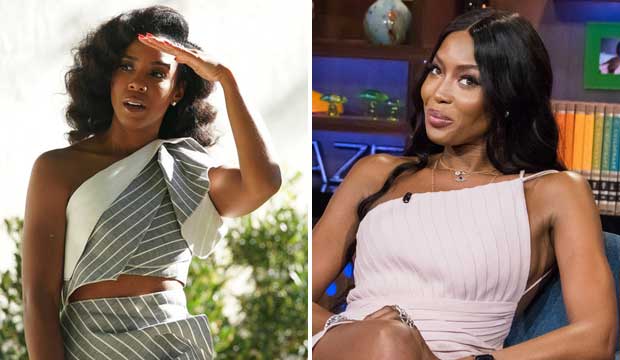 “Dancing with the Stars” was recently renewed for a 28th season, and there’s a long list of celebrities who deserve to compete on the dance floor. ABC entertainment president Karey Burke also recently revealed that they’re “going after bigger stars than we have in a long time.” Below is a list of female celebs I think the show should consider inviting to the ballroom to vie for the next Mirror Ball Trophy. Do you agree with my picks? Check them out below, and vote in our poll at the bottom of this post to let us know which you’d most like to see on “DWTS.” And feel free to let us know in the comments what other stars you would like to see when the show comes back in September.

After finishing in third place on BBC’s 2008 reality competition series “I’d Do Anything” (which searched for performers for a West End revival of “Oliver!”), Barks went on to play prominent roles in several theatrical productions in the UK, including Eponine in “Les Miserables,” which led to her being cast in Tom Hooper’s 2012 Academy Award-winning film adaptation. She can currently be seen on Broadway as Vivian Ward in the stage musical adaptation of “Pretty Woman,” but would she be up for a trip to the ballroom when she eventually ends her run? Theater vets have a strong track record in the ballroom, including Mirror Ball champions Alfonso Ribeiro (season 19) and Jordan Fisher (season 25).

When she was just a teenager in the 1980s, Campbell established herself as one of the most recognizable and in-demand models in the world. In addition to her modelling career, she has also embarked on other projects, which include an R&B album in 1994 and several acting appearances in film and television. Is ballroom dancing another venture she would be interested in diving into? Models have an inconsistent track record on the show, but “America’s Next Top Model” champ Nyle DiMarco did win the Mirror Ball Trophy in season 22.

SEE‘Dancing with the Stars’ is staying put on Mondays this fall, but there is some bad news

This ballerina has been performing since she was 13-years-old. And in 2015 she made history as the first African-American woman to be promoted to principal dancer at the American Ballet Theatre in New York City. That same year she was named one of the 100 most influential people in the world by Time magazine, even appearing on its cover. Would she be open to trying out some new dance moves in the ballroom? Fans might argue that she has too much experience for an amateur dance competition like this, but ringers like aforementioned Broadway stars Ribeiro and Fisher, ice dancer Meryl Davis and gymnasts Shawn Johnson and Laurie Hernandez have won in the past.

When judge Carrie Ann Inaba reacted to “DWTS” being renewed during a recent episode of “The Talk,” guest co-host Hewitt said she would love to be a contestant. The actress has been in the business since she was only 10-years-old, most notably appearing as Sarah Reeves on the 1990s FOX drama “Party of Five,” Julie James in the 1997 horror film “I Know What You Did Last Summer,” and Melinda Gordon on the 2000s CBS supernatural series “Ghost Whisperer.” Most recently she was seen as Maddie Kendall on Ryan Murphy’s drama series “9-1-1” on FOX. Since she’s already interested, all producers have to do is give her a call.

SEERobert Irwin would do ‘Dancing with the Stars,’ but don’t expect him to be as good as Bindi

She worked at a movie theater in her hometown of Roswell, Georgia, before leaving to pursue her acting career. At the age of 19, she made her acting debut as Barbara Holland in the first season of Netflix’s hit series “Stranger Things.” Despite only being a recurring character, the role brought her a passionate fan base and even an Emmy nomination for Best Drama Guest Actress. Since then she has had other recurring roles as Ethel Muggs on the CW’s teen drama “Riverdale” and as Annabelle Bowman on NBC’s musical drama “Rise.” People always wondered what happened to Barb. Maybe instead of the Upside Down she’ll end up in the ballroom.

This singer/songwriter rose to fame in the late 1990s as a member of the chart-topping girl group Destiny’s Child. Since then she has gone on to perform as a solo artist. Wouldn’t now be a good time for a former member of Destiny’s Child to compete for the Mirror Ball trophy? “DWTS” loves music stars, including past Mirror Ball champions Drew Lachey (season 2), Nichole Scherzinger (season 10) and Kellie Pickler (season 16).