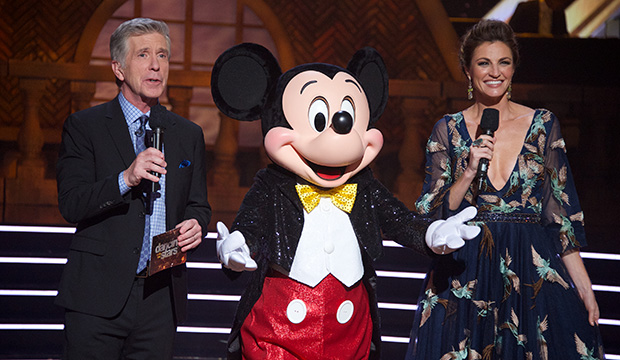 Disney magic reared its head again on “Dancing with the Stars” and nobody went home. But that does mean a double elimination is on the horizon?

Maybe, maybe not. This all depends on how many couples TPTB want to bring to the final. As we know, “Dancing” always had a final three outright until Season 16 when it did a final four. The show has frequently, though not always, continued that since, with the fourth-place couple usually getting eliminated on the first night of the two-night finale. (Last year, there were two double eliminations and the finale was only one night, so all four couples were still in play when Bobby Bones and Sharna Burgess stunned us all.)

In the fall, “Dancing” typically concludes the week of Thanksgiving, which falls on Nov. 28 this year. Assuming that’s the case again and with nine couples left, the rest of the season will either be single eliminations, giving us a final four, or there will be a double elimination to produce a final three.

SEE Cheryl Burke can totally see Sean Spicer making the ‘Dancing with the Stars’ final: ‘I wouldn’t be shocked’

Here’s how it’d shake out with just single eliminations:

It’s unclear if “Dancing” will have a two-night finale, in which case we’d get a final three on Tuesday, Nov. 26, but it’s irrelevant here since we’d still be heading into finale week with four couples.

If a double elimination were to take place, it would happen before or on Nov. 18 to yield a final three.

Not counting the four-week “Athletes” season, the last time “Dancing” did not have a double elimination was Season 21 in fall 2015. It did have a final four, with Carlos PenaVega and Witney Carson getting eliminated on Night 1, and Bindi Irwin and Derek Hough winning on Night 2.

But with new producers at the helm this season, don’t be surprised if we have, like, five couples in the final or something.