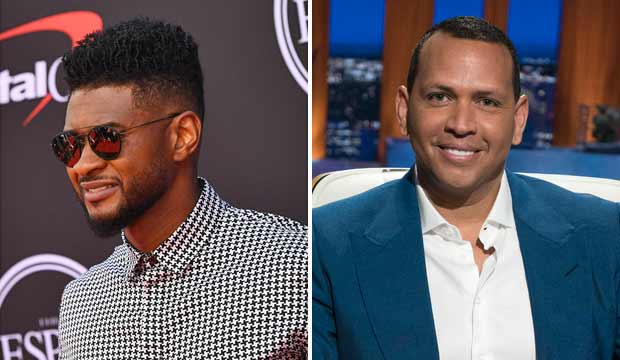 “Dancing with the Stars” returns this fall for its 28th season, but as of this writing there have been no official announcements about who will compete. Below are six male celebs I think the show should consider bringing onboard. Check out my picks, and vote at the bottom of this post to let us know which (if any) of them you’d most like to see on “DWTS.” And feel free to let us know in comments what other celebs you would like to see when the show comes back in September.

Best known for his Golden Globe-nominated performances in “Taxi” and “Who’s the Boss,” Danza is a veteran actor with experience on the big and small screens, Broadway and even as a professional boxer. He was most recently seen in the short-lived Netflix series “The Good Cop.” But he would definitely fit the mold of nostalgic celebs we often see on the show like season 19’s Lea Thompson (“Back to the Future”), season 24’s Mr. T (“The A Team”) or season 27’s John Schneider (“The Dukes of Hazzard”). At age 68, Danza would be the oldest Mirror Ball champ by more than a decade, but his charm, wit and athleticism could do the trick.

Former New York Yankees players Rodriguez may have retired from baseball three years ago, but that hasn’t kept him out of the public eye. Since retiring, Rodriguez has become a broadcaster for FOX Sports and a recurring cast member on ABC’s “Shark Tank” alongside past “DWTS” alums Mark Cuban (season 5), Robert Herjavec (season 20) and Barbara Corcoran (season 25). In addition to that ABC connection, Rodriguez is engaged to “World of Dance” judge Jennifer Lopez, who could show him a thing or two before he steps into the ballroom.

Backstreet’s back! 2019 saw the boy band return with a number-one album, their first Grammy nomination in years and renewed interest after more than two decades on the music scene. It would make sense to have another member of this band join past “DWTS” finalist Nick Carter in the ballroom. McLean has been known as the “bad boy” of the group, so “DWTS” would be a great opportunity to show fans a softer side of his persona. And like most boy band members, he’s already got experience with choreography.

SEE‘Dancing with the Stars’ Season 28 finally has a premiere date, and it’s sooner than you think

The former New England Patriots tight end has been on the producers’ wish list, and he has been open to the idea himself. With his recent retirement, now might be the opportunity for him to finally put on his dancing shoes. Casting Gronkowski would be a huge get for the show as he’s one of the biggest stars to come out of the NFL in recent years. Also, he would draw in numerous Patriots fans who will come out in droves to support “Gronk,” and ABC probably wouldn’t mind that one bit.

MC Hammer helped bring hip-hop into mainstream pop culture. His sophomore album “Please Hammer, Don’t Hurt ‘Em” became the first rap album to go diamond (selling more than 10 million), and it was the first rap album to be nominated for Album of the Year at the Grammys. Aside from his commercial success, Hammer is also known for his showmanship in the music video era. No rapper has taken home the Mirror Ball Trophy yet, but maybe it’s (Hammer) time one did.

SEE‘Dancing with the Stars’ dream cast: We’d love to see these men in the ballroom, including a rapper, a child star and more [POLL]

The singer and actor came onto the music scene in 1994. Since then the R&B heartthrob has entertained fans with a series of number-one hits and over 75 million records sold worldwide. Usher has also appeared in a few films, made guest appearances on television and even took his talents to Broadway as Billy Flynn in the musical “Chicago.” We’ve seen several R&B performers like Brandy, Mya, Wanya Morris, Tamar Braxton and Mario make it far in the competition, but none of them were able to win the coveted Mirror Ball Trophy. Other musicians like Nicole Scherzinger and Kellie Pickler have, however, so he’d definitely be a force to be reckoned with.