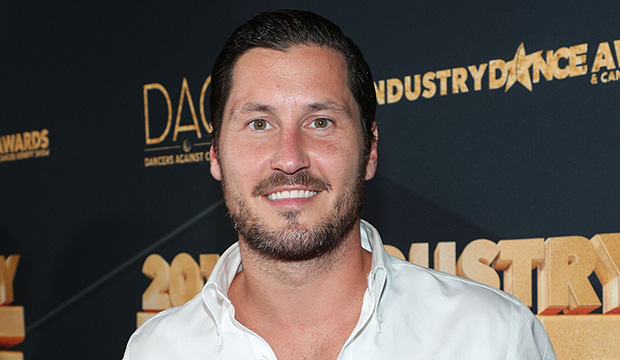 It’s safe to say Sharna Burgess and Artem Chigvintsev‘s dismissals from “Dancing with the Stars” were a shock to everyone.

“Of course, I’m disappointed. … Surprised for sure,” Val Chmerkovskiy told “Us Weekly” of when he found out the pro dancers wouldn’t be returning for the upcoming 28th season (watch below). The two-time champ likened the situation to another recent brutal corporate split that disassembled a tight-knit crew and sent fans reeling.

“We’re a family. We’re like this little group of Avengers. We’re our own little Marvel dance characters. It sucks when Spider-Man gets written off the show,” he said.

Burgess and Chigvintsev were dropped shortly before the cast reveal last month, a move that neither of them expected, especially the former as the reigning champ. While he didn’t reveal any details, Chmerkovskiy said he’s spoken to both of them since and doesn’t think this is the end of the road for either of them on the series.

“I don’t think their relationship with ‘Dancing With the Stars’ is over,” he said. “It stinks for a second because it’s natural. It’s like a really fun sleepaway camp and all of a sudden, you’ve got to go home or do something else and be kind of separated. It’s a combination of all those things, but life goes on. They’re super talented. ‘Dancing With the Stars’ doesn’t define their careers; this is just one of the highlights in their careers. They need to continue to make more highlights, and we’re here for them. I think were going to continue to collaborate on many things to come in the future.”

Burgess and Chigvintsev have already moved on: They choreographed a routine on Monday’s episode of “So You Think You Can Dance,” the first gig for both of them since their axings. Neither has yet definitively said if they’d be open to returning to “Dancing” in the future (you can’t really blame them right now), but Chmerkovskiy believes that change, while difficult, is good for everyone, including the show, which has seen its share of pros over the years.

“This show has had a lot of talent and has had a lot of turnover. I think, again, we need to check ourselves and just be grateful for the show and how long it’s provided such an incredible opportunity for all of us,” he stated. “I don’t know what’s in store for me with the show, but as long as they would love to have me, I’ll be grateful. When they choose not to have me, I’ll be grateful for the opportunity that I did have on the show and I’ll be excited for the next batch of talent that should get the chance.”