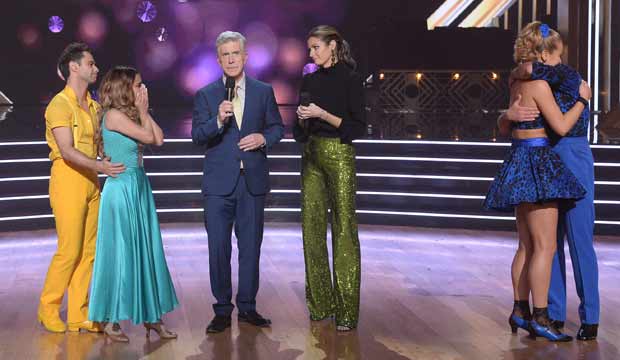 Season 27 of “Dancing with the Stars” had its share of controversial results, not the least of which was Bobby Bones winning the Mirror Ball Trophy despite having the lowest judges’ scores out of the final four. But this season’s voting changes don’t seem to have helped much: in week six, two of the highest-scoring dancers (Ally Brooke and Sailor Brinkley-Cook) ended up at the bottom, forcing the judges to make a impossible decision: keep Brooke and eliminate Brinkley-Cook even though it was clear the judges wanted both to stay. How do you think voting should change (if at all)? Scroll down to vote in our poll at the bottom of this post.

This season “DWTS” amended its system to eliminate overnight voting. Now you can only vote during the two hours when the show is airing live. That’s great if you’re watching the east-coast broadcast, but not so great if you have to wait for the tape-delayed airing on the west coast. It’s ironic that “DWTS” shoots in California but disadvantages its California viewers in that way.

I think the show should bring back national overnight voting. If the system that led to Bones’s victory was broken, that wasn’t what broke it. If anything, the Nashville radio host might have won even more handily if only his half of the country got to cast their votes while watching the show. The real problem, I think, is how the show weighs the audience vote against the judges’ scores. That’s the real reason you can get a result like Sean Spicer getting drastically lower scores than Brooke or Brinkley-Cook and still not landing in the bottom two. Not even once yet this season. It’s Bobby Bones and Grocery Store Joe all over again.

So how do you think the show should address its popularity-contest problem? Or is that what the show should be: just a competition for the audience to decide who it likes, regardless of how well they dance?