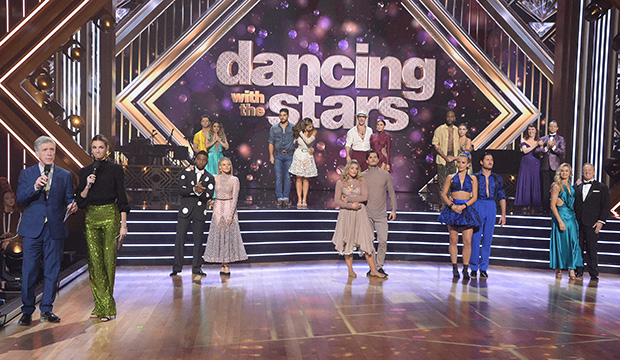 “Dancing with the Stars” implemented multiple changes to its voting system after Bobby Bones‘ controversial win last year, not to mention Joe “Grocery Store Joe” Amabile also staying well past his expiration date thanks to fan votes despite both being subpar dancers. The first was the introduction of live voting during the broadcasts, which means fans in the Mountain and Pacific time zones have to vote blind without seeing the show yet. The second was giving the judges the power to decide who goes home from the bottom two. The former is kind of terrible for fans, while the latter sounded nice and good on paper. But the truth is that was never going to fix a system that may be irrevocably broken.

Here’s the thing: Giving the judges the final say was never going to guarantee we’d avoid a repeat of last season. Sure, it helps a little in that the judges sent home Lamar Odom, a bad dancer, over Karamo, a slightly less bad dancer. But the judges cannot do a damn thing if the worst dancer receives enough votes that they are never in the bottom two, which is how we got the truly unjust situation on Monday night. Ally Brooke and Sailor Brinkley-Cook both got 27s in the past two weeks, but they were the bottom two with scores and votes combined from last week and this week, while Sean Spicer — indisputably the worst dancer left (and second to worst when Odom was still on) and who was more than 10 points behind both women — has yet to be in the danger zone.

SEE Sailor Brinkley-Cook was better than ever on ‘Dancing with the Stars,’ so how the hell was she eliminated? [WATCH]

If Spicer were in the bottom two, the judges would eliminate him over anyone remaining, but you can’t eliminate someone who is never an option. Here’s another way of looking at it: If this system had been used last year, Bones would’ve still won because he was probably never close to the bottom two if he managed to win the whole thing.

Like with Bones, the judges are overscoring Spicer. After being uber-strict with everyone the first few weeks, likely in response to last year, the judges have been a tad looser with the scores recently, giving Spicer a 21 on Monday for a Viennese waltz that was incredibly flat-footed and wooden. Yes, Spicer has improved by his own standards, but that was not a 7-level dance, which is to say a point lower than what people like Brooke, Kel Mitchell and Hannah Brown received for great routines.

You can argue the judges are caught between a rock and a hard place because they might be consciously trying not to score Spicer too low so as to not rile up his supporters to vote. Well, 1) Lower scores that are actually commensurate with his level are the only thing that would even offer the possibility of him landing in the bottom two if the point spread is wide enough, and 2) His supporters are already riled up, so it’s already too late.

Spicer already has a rabid fan base, thanks to President Donald Trump and his MAGA acolytes, who will vote for Spicer out of pure spite of liberals and the “Hollywood elite.” They know people hate that Spicer is on the show, and they want to stick it to them. On top of this, “Dancing” has always had a conservative following, and after Trump’s election, ABC made a conscious effort to ramp red state-appealing programs, resulting in the ill-fated “Roseanne” revival.

Add that to something we discussed following Bones’ win: The show’s viewership, like across all broadcast TV, is staggeringly down — an average of 6 million this season — from its late-2000s heyday of 20 million. As we explained, fewer people watching means fewer people voting. There aren’t enough casual viewers now who had no dog in the race coming into the season and who would then vote for someone they “discovered” on the show or someone whose dances impressed them. The absence of that section of viewers allows stars with massive built-in fan bases, like Bones and Spicer, to dominate.

So, Cheryl Burke is right: Don’t be shocked if Spicer makes the final or — gulp — even wins. And you know who else was right? Tom Bergeron. He saw this coming when he asked the new producers to make the season a politics-free zone. Maybe TPTB thought the voting changes would curb Spicer or maybe they just don’t care if he goes all the way. But unless there is a complete voting overhaul — like giving the judges complete power — this type of contestant advancing will continue to happen if the show continues to make certain casting choices. And Sean Spicer pulling a Bobby Bones is the last thing the show needs when it’s trying to recover from Bobby Bones.