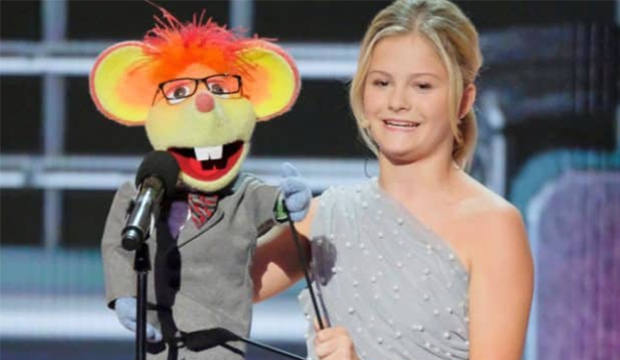 While the people didn’t get to vote for the results of “America’s Got Talent: The Champions,” we gave them a chance to have their say. A whopping 86% of “AGT” viewers think that the superfans got it wrong when they put rock opera singer Cristina Ramos through to the final over singing ventriloquist Darci Lynne Farmer.

Because this spin-off edition of “America’s Got Talent” was taped back in September and October, the public was not given a chance to weigh in with their thoughts on the 10 performance on the episode that aired on January 14. Instead, producers gave the right to choose one act for a place in the final to a group of fans drawn from all 50 states. (The other act to secure a spot in the final was the Golden Buzzer pick of judge Heidi Klum – daredevil duo Deadly Games.)

Darci Lynne won season 12 of “AGT” in the summer of 2017. After earning Mel B‘s Golden Buzzer at her audition, this talented teen stormed the live shows with her act, which paired her up with puppet pals who joined her in song. She brought Oscar the Mouse with her to perform on this second episode of “AGT: The Champions.” They opened the show with a medley of the Tina Turner hits “Nutbush City Limits” and “Proud Mary.”

Cristina performed at the midway point of the show. She won the 2016 edition of “Spain’s Got Talent” with her unique blend of opera, rock and disco.  For her American TV debut, she sang Queen‘s signature tune, “Bohemian Rhapsody.”

SEE Cristina Ramos voted into ‘America’s Got Talent: The Champions’ final: See what she did to beat Darci Lynne Farmer [WATCH]

Who do you think deserved to be eliminated and who earned a place in the final of “AGT: The Champions”? If you haven’t voted in our poll yet, cast your ballot below and then have your say in the comments section.