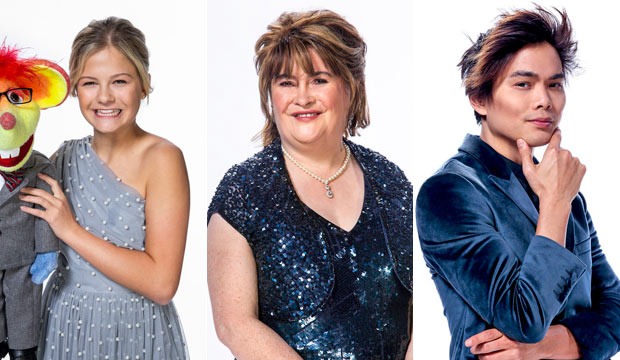 It’s official: the two acts you think DESERVE to win “America’s Got Talent: The Champions” during Monday’s season finale are singing ventriloquist Darci Lynne Farmer and card magician Shin Lim. According to our recent poll, Darci is our readers’ #1 pick with 28% of the vote while Shin is just behind her at 21%. Surprisingly, the viral singer who made “Got Talent” a worldwide phenomenon a decade ago, Susan Boyle, only came in third place at 16%. Scroll down to see the poll results for all 12 “AGT” finalists.

SEEWhen is the finale of ‘America’s Got Talent: The Champions’? Here’s when the winner will be crowned

“AGT: The Champions” is NBC’s spinoff series of the popular “America’s Got Talent” reality TV program, only with a major twist as 50 acts from all over the world came together to compete for the brand new title. Originally the acts were split into five groups of 10, with two from each group advancing to last week’s Finals performance episode to create a Top 10. Then judges Simon Cowell, Heidi Klum, Mel B and Howie Mandel surprised the audience by announcing that two wild cards had been asked back — Darci Lynne and magician Jon Dorenbos — to complete the Top 12.

Here’s how the dozen finalists fared in our poll that asked “AGT” fans to name who most deserved to win Season 1:

SEE Unlike former seasons, the winner of ‘America’s Got Talent: The Champions’ is chosen by Superfans: Here’s everything we know

SEEPaul Potts dedicates performance to ‘America’s Got Talent’ 2008 winner Neal E. Boyd, who died last year: ‘He is a champion’

Will one of these former winners claim victory in “Champions,” or will the show’s Superfans instead decide to honor a prior finalist who lost the crown the first time around? Tune in to NBC on Monday, February 18 for the two-hour season finale to see who host Terry Crews names as the winner.