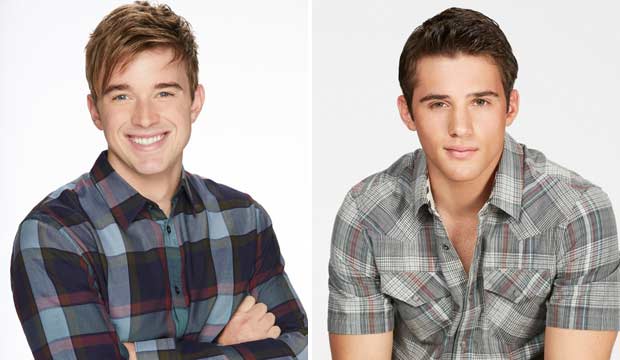 Emmys Schmemmys. Gold Derby’s forum posters have been naming their favorite daytime dramas and performances since 2003, and according to their 16th Annual Goldie Awards, “Days of Our Lives” was the best drama series of the year. But some of the best performances of 2018 aren’t in the running at the Daytime Emmys, whose nominations will be announced on March 20. Scroll down to see our posters’ complete list of winners.

“Days” has been our users’ choice for Best Drama Series more than any other soap. It has prevailed seven times. “The Young and the Restless” was our winner five times. The now defunct “One Life to Live” prevailed twice. “General Hospital” and “The Bold and the Beautiful” won once apiece. But while “Days” has a good chance of winning at the Emmys too — it’s the defending champion after all — some of the best performances from the show weren’t even pre-nominated.

Our posters chose three-time Daytime Emmy winner Chandler Massey for Best Actor, but he’s not a pre-nominee at the Emmys even though he was nominated for Best Supporting Actor just last year. His “Days” co-star Casey Moss was our pick for Best Younger Actor for the second year in a row, but he’s not on the Emmy ballot either; there’s no initial vetting round for Best Younger Actor, so Moss would have been automatically pre-nominated if he had been submitted for consideration. And our Best Guest Performer champ, Massey’s on-screen mom Alison Sweeney, is also absent from the Emmy ballot.

But Gold Derby’s choice for Performer of the Year, Maura West (“GH”), is an Emmy contender this year. In fact, she’s the front-runner to win Best Actress according to the combined predictions of hundreds of Gold Derby users. See who else our forum posters chose as the best of the year below. How many of them do you think will also be chosen by the Emmys this year?

Best Writing
“Days of Our Lives”

Best Ensemble
“Days of Our Lives”