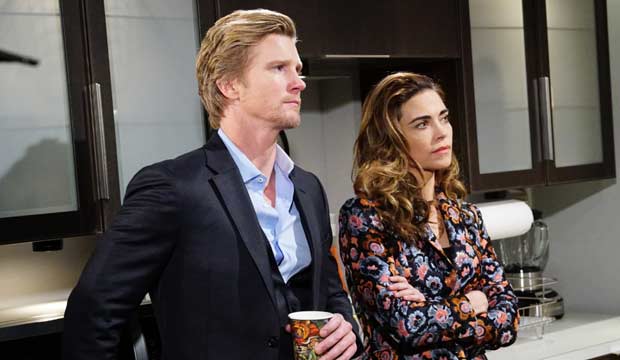 “What the hell?” said one of our forum posters, linecelts, in response to the 2019 Daytime Emmy nominations, which were announced on March 20 on “The Talk.” But even though the contenders were revealed on a CBS talk show (which itself tied for the most nominations for any talk show), it wasn’t such a good afternoon for the CBS soaps. Scroll down to read a selection of our posters’ comments below, and join the discussion here in our forums.

It wasn’t all bad news for the CBS serials. “The Young and the Restless” has 20 total nominations, while “The Bold and the Beautiful” picked up 12, and both were nominated for Best Drama Series, Best Writing Team and Best Directing Team along with the two other remaining televised dramas, “Days of Our Lives” and “General Hospital.” But when you look in the acting categories it’s quite a different story.

“Y&R” led the pre-nominations with 21 acting citations across the seven performance categories, but out of all those only 5 actors made the list of official nominees. Meanwhile, “B&B” received 3 acting bids. Compare that to “Days” with its remarkable 15 acting noms and “GH” with 13. That was “shocking” to our poster OLTLfan. And the absence of “Y&R” leading lady Amelia Heinle is “crazy” according to FreemanGriffin. But it was a “thrill” for EmmyLoser, as a longtime “Days” fan, to see the past Emmy underdog dominate the competition for a change.

Did you agree with our posters who were thrilled with the nominees, or with the ones who think they’re a “travesty”? Read some of their comments below and sound off with your own here.

FreemanGriffin: “Surprised by how poorly ‘Y&R’ did — no Amelia Heinle? Crazy! No Kirsten Storms is my biggest disappointment. Supporting Actor is a travesty, with only ONE of my picks nominated! … Still, Jon Lindstrom and Maura West were nominated and both deserve to win.”

OLTLfan: “No ‘Y&R’ in [Best Actress] is shocking. A ton of ‘Days’ acting noms! Shockingly low number of ‘Y&R’ acting noms … I can’t believe Stafford and Storms were left off for Nathan’s death. They were both stellar. What did Vernee Watson do to take a slot over Storms?”

linecelts: “What the HELL? ‘Y&R’ only got five acting nominations? Where the hell are Amelia Heinle, Sharon Case, Eric Braeden? … Were voters that impressed with ‘Days’ acting? Some of the nominees left me scratching my head. Looks like I’m going to skip the award show this year.”

Scoopster: “This is the most nominations ‘Days’ has ever received and they have never in the history of the Daytime Emmy’s ever lead the nominations. [Head writer] Ron Carlivati has turned ‘Days’ into an Emmy favorite!”

EmmyLoser: “Kirsten Storms not getting nominated is probably my most profound disappointment in the lineup … It really is a thrill, as a lifelong ‘Days’ fan, to see them lead all shows in nominations and all soaps in acting nominations. It’s a less profound accomplishment with only four soaps left, but it still feels amazing to me, especially thinking of those years in the ’90s when the show was really not getting a whole lot of notice from the Emmys.”