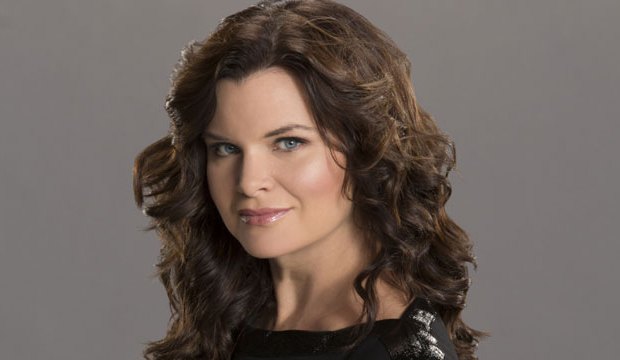 Heather Tom (“The Bold and the Beautiful”) is on the cusp of making history. The Daytime Emmy darling is nominated for the 18th time this year, and she has already won five times before across younger, supporting and lead acting categories. A sixth victory this year would tie her with “One Life to Live” legend Erika Slezak as the most awarded actress in soap opera history. Can she take Best Actress again?

The Daytime Emmys are unique in that nominees and winners are both decided in one round of voting by blue ribbon panels who view sample performance reels. The academy isn’t releasing those reels to the public as they have done in recent years, but the material has been made available to the press. Find out about what Tom submitted in our analysis below.

Synopsis: Tom’s scenes revolve around a custody battle between her character, Katie Logan, and her ex Bill (Don Diamont). In the first scene Katie informs Bill that his absentee parenting is unacceptable and that she is going to fight him for full custody of their son.

That’s followed by a lengthy scene in which Katie testifies at the custody hearing. She explains how much she regrets that she was forced to take legal action to protect her son, but she also admits to the judge how supportive Bill was of her decision to go through with her pregnancy in the first place even though it was life-threatening for her.

At the end of the reel, Katie has won full custody, and she finally comes to terms with Bill. She tells him that she takes no pleasure in his pain, and he commits to repairing the damage he has done to his relationship with his son. He wants to be there when Katie tells him the news about the judge’s decision.

Pros: This is one of the most sympathetic reels in this category. Katie is angry in defense of her son, but still gives Bill the credit he’s due in open court. Tom is beloved by the television academy and she demonstrates why with a performance that carefully balances anger and regret, especially when she’s on the stand, which is where she showcases the most emotional nuance.

Cons: Tom’s performance is emotional, but the reel doesn’t have the kinds of grand dramatic fireworks that Emmy voters often gravitate towards. Also, “B&B” underperformed in the nominations overall this year with only three acting bids total, which may indicate that the academy was less enthusiastic about the show as a whole this year.