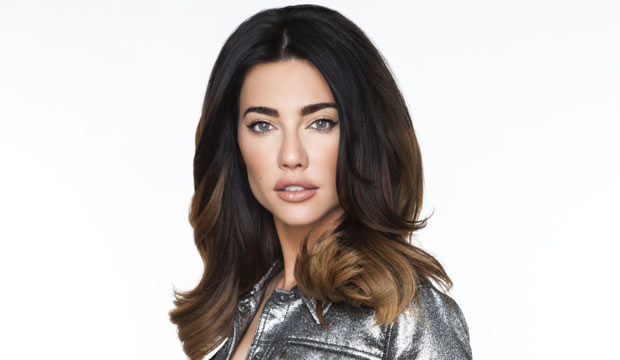 Jacqueline MacInnes Wood joined an exclusive club this year. The star of “The Bold and the Beautiful” earned a Best Actress nomination at the Daytime Emmys for playing Steffy Forrester, which made her only the fifth woman ever to receive nominations across the three main drama acting categories: younger (2012-2013), supporting (2018) and lead (2019). But she has yet to win in any category. Is this her year?

The nominees and winners in the drama acting races were all decided in a single round by blue ribbon judging panels who viewed sample performance reels from each of the contenders. Those reels aren’t available for public viewing this year, but press was granted access to the nominated material. Here’s what MacInnes Wood entered for consideration.

Synopsis: This reel follows up on the storyline she submitted for last year’s Best Supporting Actress nomination: Steffy cheated on her husband Liam (Scott Clifton) with his father Bill (Don Diamont) and may be pregnant with Bill’s child. In the first scene on her reel she confesses the truth to Liam and begs him to forgive her now that she knows for sure that Liam is the father of her baby. But he can’t get past the betrayal. The next scene cuts to the moment Steffy gives birth to their daughter Kelly with Liam by her side.

Things aren’t so rosy after that, though: Liam serves Steffy with annulment papers to end their marriage, but Steffy refuses to accept it. However, in the following scene Steffy is stunned and outraged over the fact that Liam had gone back to his ex, Hope. The reel closes with Steffy finally coming to terms with Liam and Hope’s relationship: she tells Liam that she’s letting him go for the sake of both of their happiness and for the sake of their daughter.

Pros: There are tons of impact and range on this reel, which opens with an intense, tearful confession and breakup. MacInnes Wood follows up that heartbreak with a moment of joy as Steffy holds her daughter for the first time. Then she switches over to anger when she flips over furniture as she tells Bill what she found out about Liam and Hope. And she closes it out with a quieter, restrained scene that showcases the actress’s subtlety and the character’s restored sense of dignity.

Cons: Though this reel shows a wide range of emotions, Steffy spends most of the scenes crying, and sometimes it can be a disadvantage to drown voters in tears because they might wish for more variation. In addition, “B&B” underperformed in the nominations overall this year, earning only three acting nominations total, so maybe the academy isn’t as enamored with the show as they have been in previous years.