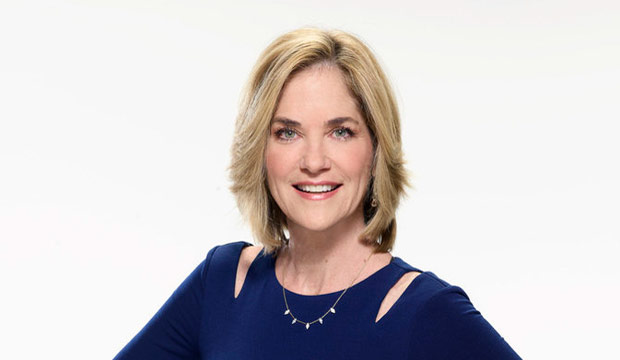 Kassie DePaiva has earned her first Daytime Emmy nomination for Best Supporting Actress for playing Eve Donovan on “Days of Our Lives,” a role that previously earned her a bid in the Best Actress category in 2016. DePaiva also earned a Best Actress nomination in 2005 for her role as Blair Cramer on “One Life to Live.”

The nominees and winners for these awards were decided by blue ribbon panels that viewed sample performance reels submitted by each actor. In recent years the TV academy has released the reels publicly, but this year only members of the press have been granted access to the Emmy submissions, so here’s a detailed look at DePaiva’s entry.

Synopsis: Eve confronts Brady Black (Best Supporting Actor nominee Eric Martsolf) over her discovery that their relationship was just a ploy for him to take control of her business. Brady admits that he initially got involved with Eve in order to take advantage of her, but he insists that falling in love with her was real. However, Eve angrily rejects Brady, calling him a piece of garbage. Brady begs Eve to give him a second chance in both romance and business. Eve dismisses his pleas, and fires him from her company.

The end of the reel is Eve’s confrontation with Ben Weston (Robert Scott Wilson), the man who murdered her daughter. Ben tries to apologize for his past, but Eve isn’t interested. She seethes at the idea that her daughter is dead, but her killer gets to walk free without a care in the world. The reel ends with Eve tackling Ben and trying to strangle him.

Pros: DePaiva’s reel is full of the kind of emotional range that Emmy voters love. She displays Eve’s hurt and anger at Brady’s betrayal, and then the rage and mourning of a grieving mother in her scenes with Ben. Throughout the reel we sympathize with Eve as she confronts the men who have hurt her. Also, DePaiva is a beloved veteran still seeking her first Emmy win after more than three decades in daytime television. Voters may feel she is overdue.

Cons: The majority of DePaiva’s scenes with Martsolf are focused on Brady trying to get Eve to forgive him, which allows Martsolf to drive the scene rather than DePaiva; that could pull voters’ focus from DePaiva’s work. The reel also ends abruptly with Eve in the middle of strangling Ben, depriving voters of a decisive emotional payoff.