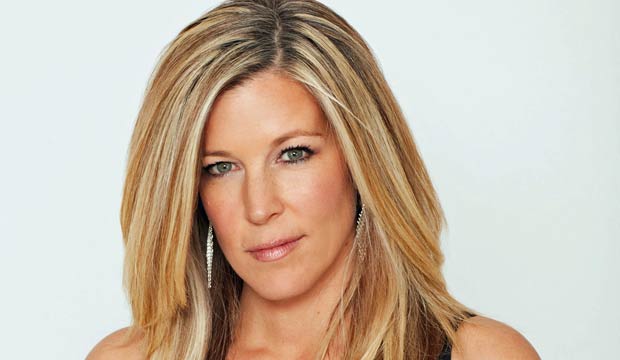 Laura Wright earned her sixth Best Actress nomination at the Daytime Emmys for playing Carly Corinthos on “General Hospital.” Wright last won in this category in 2011 for the same role, and a second win this year would make her the first “GH” actress to win twice in this category.

While the Daytime Emmys have decided not to release the acting reels to the public this year, they have made them available to the press. Below is a summary of Wright’s submission.

Synopsis: The opening scenes show different sides of Carly as a mother: first as she opens up to Jason (Steve Burton) about the pain of her son Morgan’s death, then as she provides words of wisdom and support to her daughter Josslyn (Best Younger Actress nominee Eden McCoy).

The rest of the reel contains scenes of Carly’s gaslighting at the hands of Nelle Benson (Best Younger Actress nominee Chloe Lanier), who uses Carly’s grief over Morgan’s death to make Carly look like she has gone insane. Carly finds herself locked in a mental institution under the care of Dr. Kevin Collins (Best Actor nominee Jon Lindstrom). After Carly escapes the institution she tells Jason about the horrors of her experience, and she insists on bringing Nelle to justice. The reel ends with Nelle in custody and Carly triumphantly taunting her at the police station.

Pros: The reel tells a complete story, one that shows Carly being put through the emotional wringer. Carly’s grief in the opening scenes is palpable, and Wright’s performance engenders a lot of sympathy for the character. Carly’s gaslighting and subsequent imprisonment allows Wright to add more layers of both vulnerability and desperation. After all that suffering we cheer for Carly’s ultimate victory as Wright unleashes her anger on Nelle.

Cons: Wright has had showier scenes in the past and still came up short. This reel doesn’t quite have the dynamic emotional range that voters are often looking for. Many of the scenes build up emotionally but suddenly end, so there’s no explosive catharsis for Wright to play, particularly at the conclusion of the reel when Carly confronts Nelle and we want to see her unleash hell.