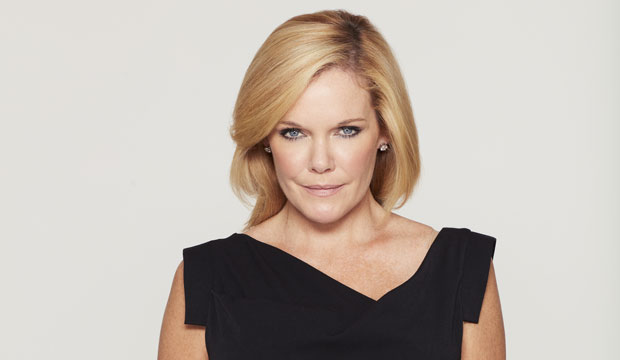 The Daytime Emmys aren’t releasing the drama acting reels to the public as they have in recent years, but the academy has made them available to the press. Maura West is nominated for Best Actress this year for her performance as Ava Jerome on “General Hospital.” It’s her 11th career nomination and her fourth for this role. She previously won this category three times: twice for “As the World Turns” (2007, 2010) and once for “GH” (2015).

Can she prevail for a fourth time? That would tie her with Susan Flannery and Kim Zimmer as the second most awarded actress in the category. Erika Slezak is the all-time record-holder with six. Here’s the scoop on what West showed Emmy judges.

Synopsis: Ava is in denial when Griffin (Matt Cohen) informs her that her daughter Kiki has been murdered, but she finally breaks down when she goes to the crime scene and sees that it really is Kiki in the body bag. When she wakes up surrounded by her daughter’s photos she’s distraught again when Kevin (Jon Lindstrom) reminds her that Kiki really is dead.

Next, Ava is furious with Griffin in the police station, telling him that even if he wasn’t the one who murdered Kiki, he’s still the reason Ava and her daughter never reconciled before her death. Then she has to tell her other daughter, Avery, the bad news. The last scenes on the reel are at the cemetery, where Ava rails against the other mourners, including Carly (fellow Best Actress nominee Laura Wright). She believes that Carly must be thrilled for Kiki’s death because of the part Ava played in the death of Carly’s son. It ends with a quiet moment with Ava at her daughter’s grave.

Pros: This could be studied in classes for how to construct Emmy reels. It allows West to display a full character arc with a full range of emotions. It has plenty of impact (crying at the discovery of her daughter’s body), which is complemented by quieter tender scenes that showcase how well West plays nuances (trying to explain death to Avery). She goes from mad to sad, warm to cold, vulnerable to embittered. She runs the gamut.

Cons: West had a big, bold reel last year too, but was still upset by Eileen Davidson (“The Young and the Restless”), though Davidson isn’t in the running this year And she is one of only three “GH” actresses who have ever won Best Actress, along with Finola Hughes and her current rival Wright — none have ever won twice.