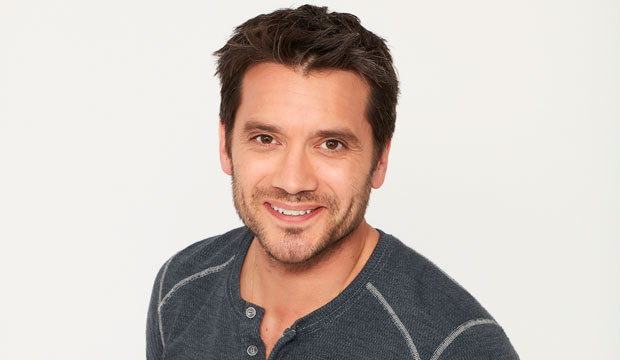 Dominic Zamprogna has earned his third Daytime Emmy nomination for Best Supporting Actor for playing Detective Dante Falconeri on “General Hospital.” The role brought him previous nominations in this category in 2014 and 2016. The actor exited “GH” earlier this year after playing the role since 2009, so will Emmy voters send him off with his first win?

These awards are decided by blue ribbon panels viewing sample performance reels from each actor. Although the Daytime Emmys did not release the drama acting reels to the public this year, they have been made available to the press. Below is an overview of Zamprogna’s submission.

Synopsis: The reel begins with scenes involving the death of Dante’s best friend Nathan West (Ryan Paevey). In the first scene, Dante sits by an unconscious Nathan’s bedside and thanks him for helping Dante and his wife Lulu (Emme Rylan) get together. After Nathan’s death Dante berates Nathan’s half-brother Peter (Wes Ramsey) for not doing more to protect him. Dante says Peter doesn’t know what the true meaning of brotherhood is and that Nathan would be embarrassed by him.

The scene shifts to Dante talking with his grandfather Mike (fellow Best Supporting Actor nominee Max Gail), who is suffering from Alzheimer’s disease. The two men share a tender conversation about Mike’s past, after which Dante offers to take his grandfather home. The reel ends with Dante saying goodbye to Lulu as he departs for a long-term undercover mission.

Pros: Each of the reel’s four scenes gives Zamprogna a chance to show a different side of Dante, allowing him to display a good amount of range. And since Zamprogna left the series earlier this year, this may also be the last chance for Emmy voters to reward his decade-long work on “GH.”

Cons: There’s no central story arc to tie Zamprogna’s reel together, so there’s no emotional through line for voters to follow. Also, at just over six minutes, Zamprogna has the shortest reel in the category; voters may prefer a reel with more substantial material. And his scene with Max Gail may be more helpful for Gail in this category than it is for Zamprogna.