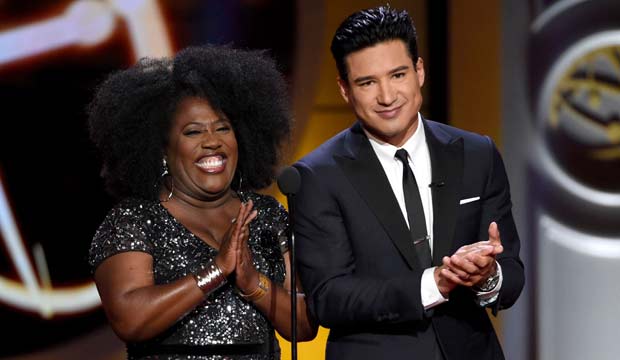 “The National Academy of Television Arts and Sciences (NATAS) is happy to announce that two of daytime television’s brightest stars, Mario Lopez and Sheryl Underwood, will lead the magnificent celebration planned for this year’s 46th Daytime Emmy Awards,” said academy President Adam Sharp in a statement on April 16. He was revealing the emcees for the main awards ceremony that will take place on May 5 at the Pasadena Civic Auditorium in Burbank, California. This is the third year in a row that Lopez and Underwood will preside over the festivities.

Academy SVP David Michaels added, “I am thrilled to have one of the most entertaining combinations in daytime television hosting our grand gala at the Pasadena Civic Auditorium. With their combined wit and charm, plus America’s favorite arbiter, Judge Judy, receiving this year’s lifetime achievement award as well as the best of daytime nominated in all genres and a stellar list of presenters yet to be announced, it promises to be a memorable night for the daytime community.”

Lopez is an Emmy winner for Best Entertainment News Program as host of “Extra,” and he’s nominated again this year. Underwood is also an Emmy champ, having claimed Best Entertainment Talk Show Host in 2017 along with her fellow “The Talk” hosts at the time Julie Chen, Sara Gilbert, Sharon Osbourne and Aisha Tyler. Underwood is currently up for that award again, this time with Chen, Gilbert, Osbourne and recently added hosts Eve and Carrie Ann Inaba.

In addition, the academy announced that David Osmond has been tapped to host the Creative Arts Awards taking place on May 3, while “General Hospital” alum Carolyn Hennessy will be hosting the May 5 Emmys red carpet and post-show events. Osmond was a Daytime Emmy nominee last year for the family series “Wonderama.” Hennessy, meanwhile, earned a Best Supporting Actress nomination for “GH” in 2010 and won Best Digital Drama Supporting Actress for “The Bay” in 2017.