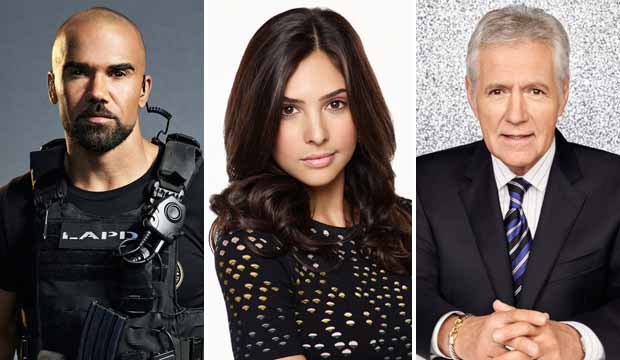 The 46th Annual Daytime Emmy Awards are only a few days away, and the television academy has announced the presenters who will take the stage at both of this weekend’s ceremonies. The Creative Arts Awards will be held on Friday night, May 3, followed by the main ceremony on Sunday night, May 5. Sunday’s show will be hosted by Mario Lopez and Sheryl Underwood and air live on the web (scroll down for those details at the bottom of this post).

Who are you looking forward to seeing the most this weekend?

The countdown has started! Just ONE WEEK until the #DaytimeEmmys! Tune in LIVE here on Twitter at 8p ET / 5p PT on Sunday, May 5. pic.twitter.com/oQnnX2NMEA