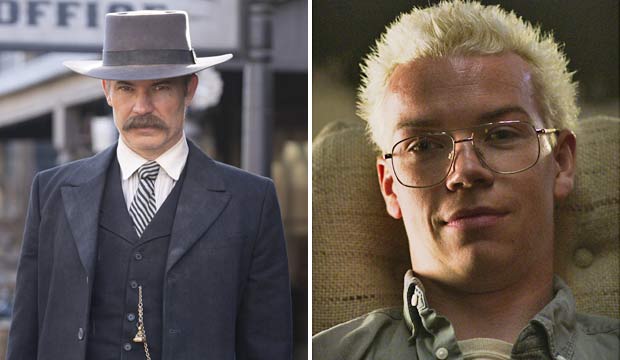 You can never keep HBO down for long in the Emmy race for Best TV Movie. While the Netflix anthology “Black Mirror” has won for the last two years in a row (for “San Junipero” in 2017 and “USS Callister” in 2018), HBO’s “Deadwood” revival looms large over the race. As of this writing “Black Mirror” has the edge again with leading odds of 18/5 for “Bandersnatch,” but Emmy Experts now put “Deadwood” out front.

Both contenders have the benefit of familiarity. “Black Mirror” is a two-time winner in this category, while “Deadwood” was a past nominee for Best Drama Series, so we can be pretty sure most voters will watch them before marking their ballots. But the 13 years of anticipation for “Deadwood” (it ended its original three-season run in 2006) could give it a crucial advantage here.

And the star power of its cast is undiminished. If anything, they’re bigger stars now than they were when the show originally aired. Timothy Olyphant followed “Deadwood” with his starring role “Justified.” Kim Dickens appeared in “Treme” and “Fear the Walking Dead.” Anna Gunn won a couple of Emmys for “Breaking Bad.” John Hawkes earned an Oscar nomination for “Winter’s Bone.” And Paula Malcomson co-starred on “Ray Donovan.”

There’s also the Emmy IOU the show still has to cash in. “Deadwood” only ever earned one nomination for Best Drama Series (2005), which it lost to “Lost.” It never won a single acting award either. And seven out of the eight Emmys it did win were in Creative Arts categories; the one exception was Best Drama Directing, which went to Walter Hill in 2004 for helming the pilot episode.

SEEAl Swearengen and all your favorite mustaches are back in the first ‘Deadwood: The Movie’ trailer [WATCH]

And then there’s the HBO factor. The network has had 21 winning telefilms, far more than any other network. That includes four in a row from 2012 (“Game Change”) to 2015 (“Bessie“). After that “Sherlock” surprised in 2016 for “The Abominable Bride,” and then “Black Mirror” won its back-to-back titles.

“Deadwood” doesn’t premiere until May 31, so it remains to be seen whether the excitement will pay off in the end, or lead to disappointment. But if it’s as good as critics and fans hope it will be, it may be poised to snatch victory from “Bandersnatch.”

'Deadwood' Movie Cast: Who's Back After 12 Years? 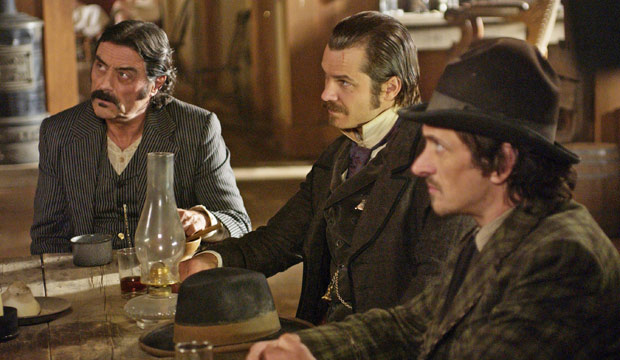