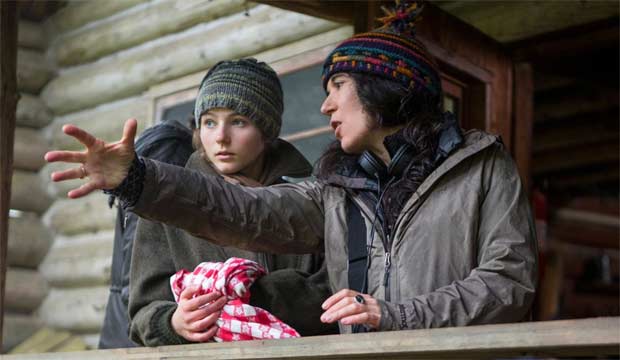 After the #MeToo movement exploded in 2017 and brought renewed attention to the treatment of women in Hollywood Greta Gerwig (“Lady Bird”) became only the fifth woman ever nominated for Best Director at the Oscars. But despite a strong slate of 2018 films helmed by women, it looked like this year would return to an all-male lineup. However, Debra Granik has emerged from this fall’s independent film and critics’ awards as a dark horse contender for her intimate father-daughter drama “Leave No Trace.” Now a few of our top users think she’ll make the cut.

There have been a number of noteworthy films this year from female directors, including”Can You Ever Forgive Me?” (Marielle Heller), “Private Life” (Tamara Jenkins), “The Rider” (Chloe Zhao), “Destroyer” (Karyn Kusama) and “You Were Never Really Here” (Lynne Ramsey), among others. But none of them were making a strong impression in our racetrack odds.

A few women have surged in recent weeks, though, and now Granik is the leading female contender for Best Director, recently moving into the top 10 in our combined predictions. She’s still an underdog with 100/1 odds, but Claudia Puig (KPCC), one of the Expert journalists we’ve polled from top media outlets, thinks she will be nominated. So does one of our Top 24 Users, who got the highest scores predicting last years Oscar nominations. Two of our All-Star Top 24, who got the highest scores when you combine the last two years’ predictions, are also betting on her to earn a bid.

Granik received an Independent Spirit Award nomination for Best Director — one of three women cited in that category — and the film also picked up noms for lead actor Ben Foster as a homeless army vet with PTSD and his co-star Thomasin McKenzie as his teenage daughter. Foster and McKenzie were also singled out by the Gotham Awards. But perhaps most significantly, Granik surprised by winning Best Director from the Los Angeles Film Critics Association.

In the last decade 9 out of 12 LAFCA winners for Best Director went on to Oscar nominations (there were 12 winners during the last 10 years due to ties). The only exceptions were Olivier Assayas (“Carlos,” 2010), Paul Thomas Anderson (“The Master,” 2012) and Luca Guadagnino (“Call Me by Your Name,” 2017). But even though those filmmakers missed the cut for Best Director at the Oscars, their films were still nominated for major awards.

“The Master” received three Oscar noms for acting. “Call Me” contended for Best Picture and won for its adapted screenplay. And “Carlos” ended up competing at the Emmys as a TV miniseries and was nominated for Best Movie/Mini Actor (Edgar Ramirez) and Best Movie/Mini Directing. The last time an Oscar-eligible film won Best Director from LAFCA but didn’t end up with any Oscar nominations at all was 30 years ago: David Cronenberg‘s “Dead Ringers” (1988).

And Granik already has an Oscar track record. She was nominated for Best Adapted Screenplay for “Winter’s Bone” (2010), which was also nominated for Best Picture and earned Jennifer Lawrence a career-launching nomination for Best Actress. Then Granik directed the documentary “Stray Dog” (2014). “Leave No Trace” is her first narrative film in eight years. Will she be welcomed back by the academy, or left without a trace of Oscar recognition?