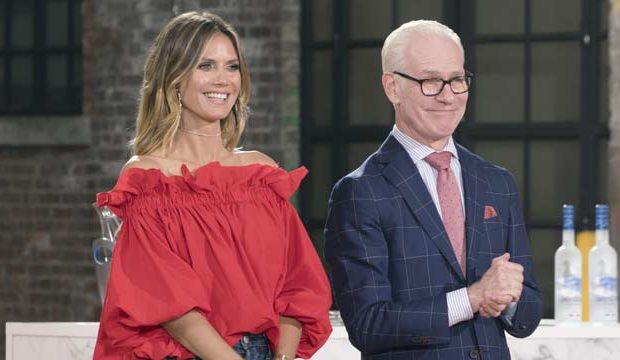 As good as Bravo’s redesigned 17th season “Project Runway” eventually turned out to be this year, I probably wasn’t alone in thinking now and then while watching it, “What would Tim Gunn and Heidi Klum do?”

Well, what the fab pair did this week was to share some details about their upcoming Amazon fashion competition series, “Making the Cut.” As seen below, Heidi and Tim shot their first challenge on Tuesday in front of the Eiffel Tower in Paris as they seek out the next global fashion star. From the look of the set, it seems the pair are definitely going high end.

The show that will premiere on the streaming site in 2020 will feature such judges and guest judges as supermodel Naomi Campbell, TV personality and designer Nicole Richie, the former “Vogue Paris” editor-in-chief Carine Roitfeld and hot luxury women’s ready-to-wear designer Joseph Altuzarra.

The series will feature 12 entrepreneurs and designers from all over the world who want to take their brand to a higher level. The outfits featured on the show will be offered for sale on Amazon, and the winner will get a cool $1 million to expand their brand.

Heidi, who hosted “Project Runway” for 16 seasons alongside Tim as the avuncular mentor to the competitors, shared some thoughts last fall about leaving the reality show and coming up with a different way to engage the audience.

SEEForget no Tim Gunn — what happened to Mood mascot Swatch?

As she told “The Hollywood Reporter,” “I’m really trying to straddle the artistry of fashion design and the commerce part of it. When you’re online and you’re watching your favorite show, which is hopefully going to be ours, you’ll have the commerce aspect for the first time. When you see a design that you actually love, you can buy it.”

To be fair, the re-modeled “Project Runway” this season did offer a chance on to buy select winning designs on the website Nineteenth Admendment. But if anyone knows how to deliver the goods, it’s Amazon.

Will 'The Boys' follow 'What We Do in the Shadows'' path to the Emmys?