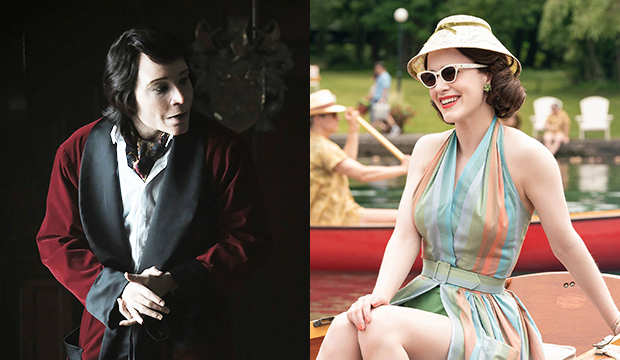 Teddy Perkins or Midge Maisel? It’ll be one or the other for the TV comedy directing honor at Saturday’s Directors Guild of America Awards. “Atlanta” and “The Marvelous Mrs. Maisel” are neck and neck in our combined odds.

Both shows have two episodes in the running, with a clear favorite for each. Currently, Hiro Murai, who helmed “Atlanta”‘s acclaimed “Teddy Perkins” episode has the slight edge, with 69/20 odds, to 37/10 for Daniel Palladino‘s “We’re Going to the Catskills!” from “Maisel.” “Teddy Perkins” has three Experts, four Editors and 16 Top 24 Users picking it, while “We’re Going to the Catskills!” counts four Experts, three Editors and four Top 24 Users.

In third place is “Maisel”‘s other episode, “All Alone,” by Amy Sherman-Palladino. The “Barry” pilot, directed by Bill Hader, is in fourth, and “Atlanta”‘s “FUBU” episode, helmed by Donald Glover,” is fifth.

SEE SAG Awards: ‘Mrs. Maisel’ and ‘This Is Us’ are the big TV winners

Of note, “Atlanta” and “Maisel” have won comedy directing Emmys for episodes by their respective creators, Glover and Sherman-Palladino, but neither show has won a DGA Award yet. You can blame “Veep” for that; the HBO comedy defeated “Atlanta” two years ago and “Maisel” last year, but is not eligible this year.

Sherman-Palladino, who would be the fifth different woman (Beth McCarthy-Miller has won twice) to win this category, was the favorite to prevail last year. “Maisel” then went on to dominate the Emmys, where the pilot, because of different eligibility cycles, beat “Teddy Perkins” and “FUBU.” So if DGA voters want to play catch-up with “Maisel” — just like the Screen Actors Guild Awards did — now would be the time.