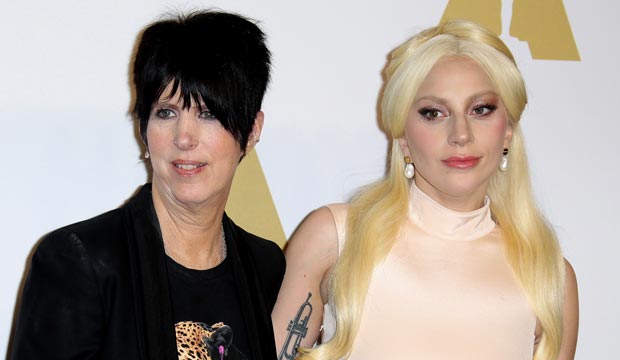 Songwriter extraordinaire Diane Warren just received her 10th Oscar nomination for Best Original Song, but she has never won, so it’s appropriate that her song is titled “I’ll Fight.” It’s featured in “RBG,” which is also nominated for Best Documentary Feature for chronicling the life and career of Supreme Court Justice Ruth Bader Ginsburg. Can Warren finally win? Her toughest threat is actually an artist she was previously nominated with: Lady Gaga. (Check out the complete list of nominees here.)

Warren and Gaga were nominated together for co-writing “Til it Happens to You” from the documentary “The Hunting Ground” (2015) about the epidemic of sexual assaults on college campuses. They were expected to win that award, but they were upset by British singer-songwriter Sam Smith for “Writing’s on the Wall” from the James Bond film “Spectre.”

Now Warren is up for “I’ll Fight,” which was performed by Jennifer Hudson, while Gaga is nominated with co-writers Mark Ronson, Anthony Rossomando and Andrew Wyatt for “Shallow,” the love song performed by Gaga and Bradley Cooper in the musical romance “A Star is Born.” “Shallow” has already won at the Golden Globes and Critics’ Choice Awards, and it’s even up for four Grammys. Is Warren a match for that this year? Ironically, Warren also contributed to the “Star is Born” soundtrack, co-writing “Why Did You Do That?” with Gaga, but “Shallow” was the only song from the film pushed for Oscar consideration.

Win or lose, it’s unlikely that the prolific Warren will stop “Fighting” for that Oscar, and her persistence may pay off. Just look at fellow musician Randy Newman, who lost 14 times before finally winning his first Oscar for the song “If I Didn’t Have You” from “Monsters, Inc.” (2001) — beating Warren that year coincidentally. Then he won again for “We Belong Together” from “Toy Story 3” (2010).

Check out the complete list of Diane Warren nominations below (who she lost to are in parentheses):