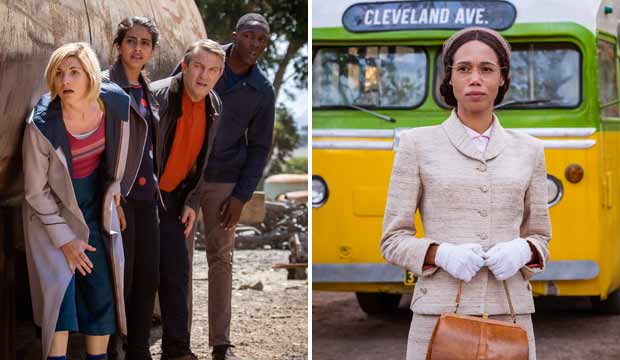 Despite its international popularity, “Doctor Who” hasn’t been much of an awards player since the decades-old sci-fi show was revived in 2005. It did win Best Drama Series at the BAFTAs in 2006 and Best Writer for Steven Moffat in 2008, but it has gotten blanked at the Emmys even though Moffat went on to win two Emmys for “Sherlock” and the erstwhile Doctor Matt Smith later earned a bid for “The Crown.” However, “Doctor Who” had a higher profile than ever this season, with a new cast and creative team and a chance at nine nominations. Scroll down to see the show’s full list of submissions on this year’s ballot.

“Doctor Who” made history by casting its very first woman in the title role: “Broadchurch” alum Jodie Whittaker is the 13th actor to wield the sonic screwdriver — 14th when you count John Hurt‘s 2013 guest appearances the War Doctor. Now she has been entered for consideration for Best Drama Actress. And when she fell to Earth this season she teamed up with a trio of new companions: Best Drama Supporting Actor contenders Tosin Cole and Bradley Walsh and Best Drama Supporting Actress hopeful Mandip Gill.

In the race for Best Drama Writing, the series has put forward just one episode, “Rosa,” which was co-written by new “Who” showrunner Chris Chibnall and Malorie Blackman, who made history as the first black writer in the history of the TV series. The episode took place during the American civil rights movement, where the Doctor had to stop another time traveler from interfering with the Rosa Parks protest that led to the Montgomery bus boycott.