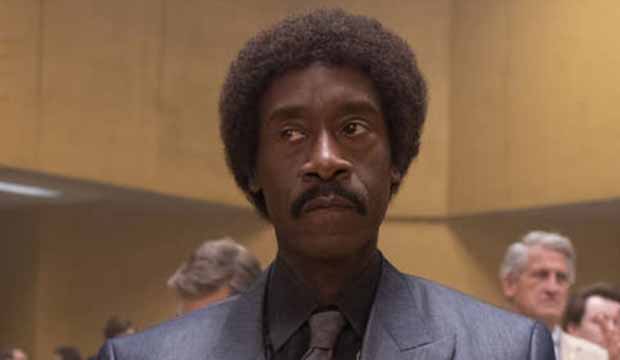 Gold Derby can exclusively reveal that Don Cheadle is entering the “Black Monday” pilot episode “365” as his 2019 Emmy Awards submission for Best Comedy Actor. This installment aired January 20 and was the first episode of the debut season for the Showtime show.

In this premiere, Maurice “Mo” Monroe (Cheadle) begins his master plan to take over the Georgina Jeans Company. The program is set around the old-boys-club of Wall Street in October of 1987, and surrounds the worst stock market crash ever.

It’s the ninth nomination at the Emmys for Cheadle, although he has yet to win. For this year’s contest, he is competing against the 2018 champ Bill Hader (“Barry”), previous winners Ted Danson (“The Good Place”), Michael Douglas (“The Kominsky Method”) and Eugene Levy (“Schitt’s Creek”) and returning nominee Anthony Anderson (“Black-ish”).