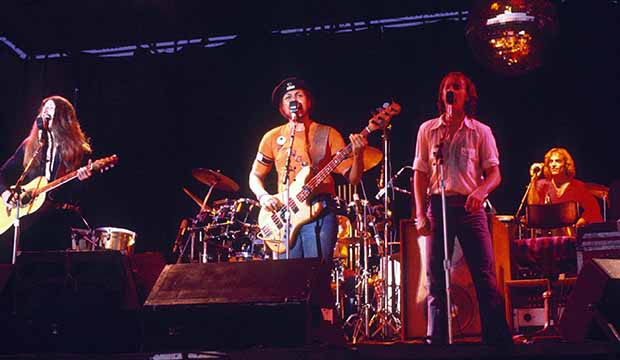 The Doobie Brothers have been waiting since 1996 to be voted into the Rock and Roll Hall of Fame. And according to our recent poll, they are the overdue band you would most like to see inducted in 2020.

With over 1,300 people voting around the world, the Doobies smoked the competition we offered of 12 rock groups, including your second place choice of The Monkees and third place selection of Foreigner. See the full list of results below. And watch for upcoming polls where we ask you about female artists and male artists next.

At this year’s Rock and Roll Hall of Fame inductions, long-overlooked bands The Cure, Def Leppard, Roxy Music and The Zombies finally got their due. Will any of our suggested groups be on the ballot this fall for actual Hall of Fame voters to choose?

FOREIGNER (11%)
Eligible since 2002. Top songs include “Cold as Ice,” “Double Vision,” “Hot Blooded,” “I Want to Know What Love Is,” “Juke Box Hero,” “Urgent.” Nominated for three Grammy Awards with no wins.

DEPECHE MODE (9%)
Eligible since 2006. Top songs include “Everything Counts,” “Just Can’t Get Enough,” “Never Let Me Down Again,” “People Are People.” Nominated for five Grammy Awards with no wins.

BLOOD, SWEAT AND TEARS (6%)
Eligible since 1993. Top songs include “And When I Die,” “Hi-De-Ho,” “Spinning Wheel,” “You’ve Made Me So Very Happy.” Nominated for five Grammy Awards with two wins.

KRAFTWERK (4%)
Eligible since 1995. Top songs include “Computer Love,” “The Man Machine,” “The Model,” “The Robots.” Nominated for three Grammy Awards with one win.

THE TURTLES (2%)
Eligible since 1990. Top songs include “Happy Together,” It Ain’t Me Babe,” “She’d Rather Be with Me.” No Grammy nominations.