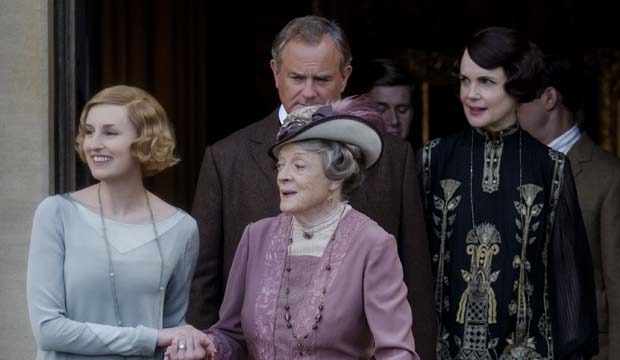 It hasn’t been that long since “Downton Abbey” ended its six-season run on TV (its finale aired in the US in 2016), but it’s already back, this time on the big screen for a reunion movie that reassembles the entire ensemble cast for a visit from the royal family. It opened September 20, but do critics think it warrants a trip to the multiplex?

As of this writing the film has a MetaCritic score of 63 based on 36 reviews counted thus far — 22 positive, 13 mixed, only 1 outright negative. Over on Rotten Tomatoes, which rates film on a pass/fail scale, it has an impressive freshness rating of 85% based on 147 reviews — 125 positive, 22 negative. The RT critics’ consensus says, “‘Downton Abbey’ distills many of the ingredients that made the show an enduring favorite, welcoming fans back for a fittingly resplendent homecoming.”

The disparity between the MC and RT scores indicates that most critics like the film, but few are passionate about it. Indeed, reviewers are saying that it’s “immensely satisfying” even though it’s “never surprising.” It “never strays too far from its genteel comfort zone,” but it “revels in small moments.” It’s like “a very good season premiere and season finale … rolled into one.”

Emmy voters were always fond of the series, awarding it 15 times including three for scene-stealing supporting actress Maggie Smith. But will Oscar voters feel the same way? The same pedigree that endeared it to the television academy might similarly appeal to the motion picture academy, including two-time Oscar winner Smith and screenwriter Julian Fellowes, who before creating “Downton” for TV won an Oscar for scripting Robert Altman‘s “Gosford Park” (2001).

However, if Oscar voters are feeling territorial, they might balk at giving awards to the continuation of a recent TV show. What do you think? Check out some of the reviews below, and join the discussion on this and more with your fellow movie fans in our forums.

Allison Keene (Paste): “There’s an early scene, in fact, where Isobel (Penelope Wilton) and the Dowager Countess (Maggie Smith) trade bon mots that end with small barbs about the other being a bastion of clichés. But the joke, to some degree, is that it doesn’t matter — we are endlessly entertained by them, regardless. The same can be said of the film, which is never surprising and yet immensely satisfying.”

Leah Greenblatt (Entertainment Weekly): “The screen may be bigger, but the decorous upstairs-downstairs melodrama still revels in small moments … Nothing in creator Julian Fellowes’ script ever strays too far from its genteel comfort zone; solving problems in ‘Downton’-world is like unknotting a tangled necklace: There may be difficulties, but rest assured that by the 122-minute mark, as above, so below; all will be right and dreamy with the Abbey.”

Jen Chaney (Vulture): “‘Downton Abbey,’ the movie version, is a very good season premiere and season finale of ‘Downton Abbey’ rolled into one, multiplex-accessible-only, two-hour package. If this sounds like an insult it’s not meant to be … The film, written by series creator Julian Fellowes and directed by Michael Engler, who directed multiple episodes of the TV original, is exactly that.”

Jeannette Catsoulis (New York Times): “Viewers who have faithfully followed the genteel tribulations of the Crawley clan for six seasons of glittering television will need no encouragement from me to re-immerse themselves in the show’s warm bath of privilege. Those who prefer their ablutions minus the scum of entitlement can safely give this big-screen special a miss.” 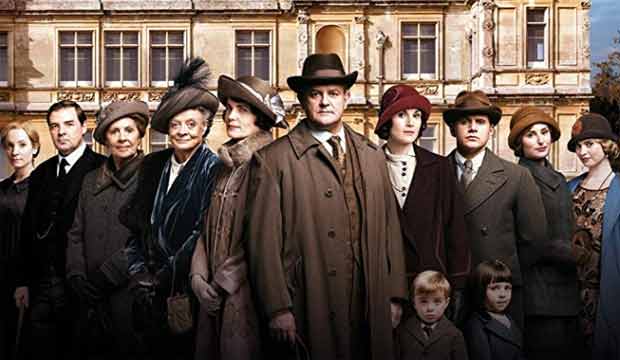