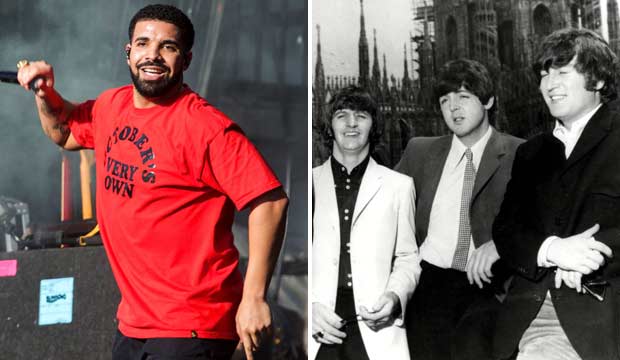 Drake‘s new single “Money in the Grave” featuring Rick Ross debuted at number-seven on the Billboard Hot 100 chart dated June 29. Drake spends so much time in the top 10 lately that that hardly seems like a big deal, but that’s precisely why it is. Drake now has a whopping 35 top-10 hits, which moves him ahead of The Beatles (34) for the second most top-10 hits ever. The only artist who has ever visited the top 10 more often is Madonna, who has had 38 songs chart that high.

This comes just a week after Drake tied The Beatles. On the June 22 chart, Drake debuted in the number-nine spot as a featured artist on Chris Brown‘s “No Guidance.” These days it’s hard to imagine the Billboard charts without Drake on it. He dominated in 2018, holding on to the top spot for more than half of the year with his long-running chart-toppers “God’s Plan,” “Nice for What” and “In My Feelings.” He hasn’t topped the chart yet in 2019, though. The lead position has mostly been dominated by Ariana Grande (“Thank U, Next” and “7 Rings”) and Lil Nas X (“Old Town Road”) this year.

But The Beatles achieved their 34 top-10 hits before the era of streaming, which makes their achievement arguably more impressive. In the current era you can chart almost entirely on the strength of online streams, which was how Drake managed to land seven songs in the top-10 at the same time last year upon the release of his album “Scorpion.” Incidentally, that also beat a Beatles record.

So are Madonna’s days numbered as the record-holder for the most top-10 hits? Her new album “Madame X” debuted at number-one this week on the Billboard 200, but didn’t move any songs into the top-10. Maybe she should have considered a duet with Drake.