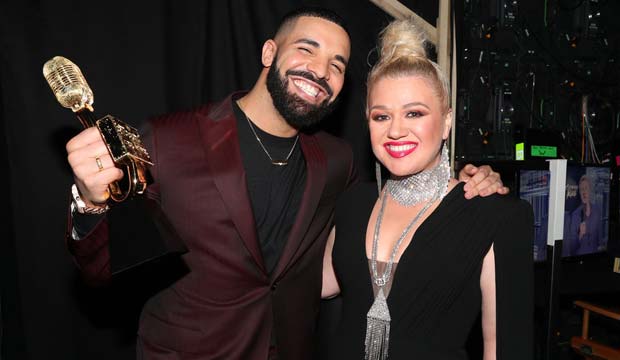 Drake set a new record at the 2019 Billboard Music Awards. He won a remarkable 12 out of his 17 nominations at the event, more than any other artist. That brought him to an all-time total of 27 victories, which makes him the most honored artist in BBMAs history. Check out the complete list of winners here.

These awards are based on fan interactions with music like record sales, digital sales, streaming performance, touring, radio airplay and more, and Drake’s win for Top Artist ties him for the most victories in the history of the top category. This was his second win, following his coronation in 2017. Only five other artists have won that award twice: 50 Cent, Adele, Destiny’s Child, Taylor Swift and Usher.

Swift previously held the record as the most awarded artist at the BBMAs going into this year’s kudos. She had 23 wins, and she was nominated twice more this year, but she lost Top Female Artist to Ariana Grande, while Top Touring Artist went to Ed Sheeran. She opened the 2019 telecast with a performance of her new song “Me!,” which could very well make her a contender at the 2020 awards, but her shutout tonight helped Drake leapfrog her in the all-time standings.

Cardi B had the most nominations this year (21), but while she wasn’t able to win the top prize, she nevertheless claimed six trophies, including Top Hot 100 Song for “Girls Like You” with Maroon 5. That chart-topping single also won them Top Collaboration and Top Selling Song, while Cardi B’s “I Like It” claimed Top Rap Song and she took home Top Rap Female Artist.

Maroon 5 won a total of four awards, while Ella Mai, Ozuna, Luke Combs and Lauren Daigle collected home three trophies apiece. What did you think of Wednesday night’s telecast and this year’s historic winners? Discuss this and more with your fellow music fans in our forums.