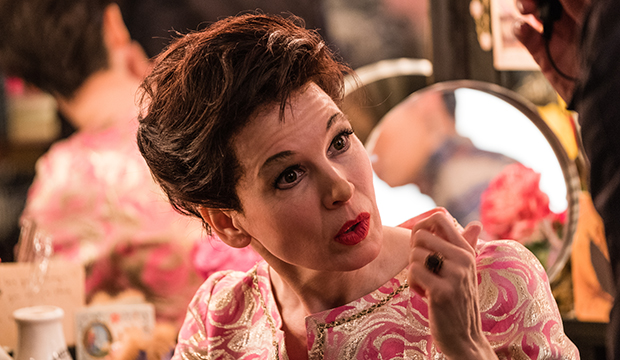 Remember when Renee Zellweger had Tom Cruise — and moviegoers — at “hello” in 1996’s “Jerry Maguire”? Or when she rebranded the working-girl archetype for the 21st-century in 2001’s “Bridget Jones’ Diary” and earned her first Academy Award nomination as a lead? Then there was her mastery of the art of singing, dancing and acting all at the same time as Roxie Hart, a murderous wannabe jazz-age chorine in 2002’s “Chicago,” the source of her second lead nod.

Back then, Zellweger was America’s sweetheart. But something happened after she won a supporting Oscar for her portrait of no-nonsense and self-sufficient mountain woman Ruby Thewes in 2003’s “Cold Mountain.”

Just when her career should have gone rocketing skyward, her opportunities on the big screen began to somewhat inexplicably shrink. Yes, that second Bridget Jones film in 2004 was a stinker, but at least she followed it with a sturdy stand-by-your-man role as Russell Crowe‘s wife in 2005’s boxing biopic, “Cinderella Man.” However, such projects as being a voice in the so-so animated “Bee Movie” in 2007 and the George Clooney-directed flop “Leatherheads” in 2008 did her no favors. Eventually, Zellweger took a six-year hiatus from acting starting in 2010 and went on to collect her first glowing reviews in ages with her comeback in 2016’s “Bridget Jones’ Baby.”

Like many of her fans, I had my fingers crossed that “Judy,” Zellweger’s portrait of Judy Garland in 1969 (the last year of her life and the birth year for the actress now playing her) when “The Wizard of Oz” star went to London for a series of nightclub concerts that ended with an accidental overdose death at age 47, would put the actress back on track.

A few early critiques that materialized after screenings at the Telluride film festival delivered some jabs at the movie itself. “The Guardian’s” Peter Bradshaw calls it “a standard-issue heartwarmer about a Hollywood star in decline and in Blighty,” comparing it to last year’s “Stan & Ollie.” But even as he bemoans how the film “sugarcoats” Garland’s sorry state of mind and body at the time, he lauds its leading lady, saying, “Paradoxically, it’s the most relaxed and personal performance we have seen from Zellweger in some time.”

Meanwhile, the headline on the review by Indiewire’s Eric Kohn bluntly describes the biopic as “bland,” but he adds in his write-up ,”Whenever Garland takes the stage, ‘Judy’ comes alive.”

Much more positive is Guy Lodge of “Variety,” who writes,”Director Rupert Goold and resurgent star Renee Zellweger have pulled off something unusual and affecting in “Judy”: a biographical portrait in which performer and subject meet halfway, illuminating something of each other in the process.  He adds that the actress plays Garland “with palpable affection and feeling, as one who’s been over the rainbow and back.”

Meanwhile, “Billboard” reviewer Mara Reinstein gives a no-holds-barred rave as she gushes, “By golly, ‘Judy’ has brains, heart and courage. Indeed, what could have been a predictable yawn of a true story about a gifted performer that couldn’t tame her own demons instead feels fresh and intimate.” As for Zellweger’s performance, the headline can’t resist bleating, “A Star Is Re-Born!” And the O-word — Oscar —  pops up now and then.

It is interesting that some of Zellweger’s earliest appearances on the big screen were Matthew McConaughey-adjacent. A fellow Texan, she had an uncredited role in 1993’s “Dazed and Confused” as the girl in the blue pickup truck. They also were both involved in the 1995 slasher flick “Texas Chainsaw Massacre: The Next Generation.” And they both were born in 1969.

We will soon see if “Judy” brings forth a Renee-aissance just as the actor’s own biopic from 2013, “Dallas Buyers Club,” which won him lead Oscar gold, was the climax of his so-called McConaissance. The difference is, during that period, he had a string of acclaimed performances in film including “Bernie,” “Magic Mike,” “The Wolf of Wall Street” and “Mud” along with his work on the first season of HBO’s “True Detective.”

“Judy” opens on Sept. 27 in the U.S., so we won’t have to wait too long to know what the ticket-buying public thinks. Otherwise, if you don’t have Zellweger among your top-five lead actress picks, I suggest you might want to update.

Judy Garland tribute: 'When she sang a song, she lived it'

Judy Garland strikes just the right note in 'The Clock'

Best Actress Oscar winners Jessica Chastain, Olivia Colman and Renee Zellweger could face off at the…