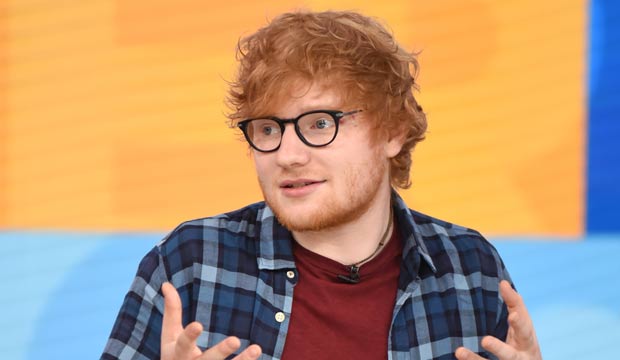 Ed Sheeran‘s “No. 6 Collaborations Project,” which dropped on July 12, is a bit of a departure from his last album, the multi-platinum, Grammy-winning “Divide.” As its title suggests, it features genre-hopping collaborations with artists ranging from Justin Bieber to Skrillex to Travis Scott. But what do critics think of this star-studded 15-track collection?

As of this writing the reviews are, well, divided. “No. 6” has a generally positive score of 62 on MetaCritic, but five of those reviews are classified as mixed, while only four are outright positive. But this is actually on par for Sheeran relative to his previous work. “Divide” also scored 62, while “Plus” (2011) and “Multiply” (2014) both scored 67. He ended up winning Grammys for Best Pop Album and Best Pop Solo Performance for “Shape of You,” so even some less enthusiastic reviews might not slow him down any.

Critics who admire the album praise its “sweet, elegant and emotionally sincere” quality and Sheeran’s ability to stun you “with the pitiless commercial efficiency of his writing.” Barring a “mass-extinction event,” it will be another “vast success” for the singer-songwriter. However, naysayers argue that he “struggles to connect with many of his A-list guest stars,” and his humility is undercut by his “humblebragging about how much money he’s made and how ‘gifted’ he is.”

Have you listened to the album yet? What do you think of it? Check out some of the reviews below, and scroll down to vote in our poll at the bottom of this post.

Neil McCormick (The Telegraph): “It features 15 tracks of smooth, smart, slickly produced super-pop that will almost certainly dominate charts for much of the year, continuing the imperial phase of Sheeran’s astonishing career … Sheeran is an absolute master of such everyday anthems, conjuring a flow of melody and lyrics that is sweet, elegant and emotionally sincere.”

Alexis Petridis (The Guardian): “Sheeran succeeds in pulling off his patent trick of simultaneously stunning you with the pitiless commercial efficiency of his writing while retaining a certain ordinary-bloke humanity … Yet a certain confidence oozes from ‘No. 6 Collaborations.’ And why wouldn’t it? It doesn’t suggest any slackening of his grasp on what people want to hear: the only thing likely to prevent it becoming a vast success is some kind of mass-extinction event.”

Danny Schwartz (Rolling Stone): “He returns to the guest-heavy format with ‘No. 6 Collaborations Project,’ an album guided by the logic of a DJ Khaled album or the ‘Suicide Squad‘ OST, which is to say an all-star event engineered for maximum commercial impact … Sheeran’s unobtrusively sweet voice easily slips between genres, but he struggles to connect with many of his A-list guest artists, deepening the album’s isolated mood. “

Helen Brown (The Independent): “But it would be easier to love the Sheeran who says he bites his nails and tells the truth, if it wasn’t part of so much humblebragging about how much money he’s made and how ‘gifted’ he is … Sheeran tells us that his ‘dreams are bigger than just being on the rich list.’ But he then fails to tell us what they are.”