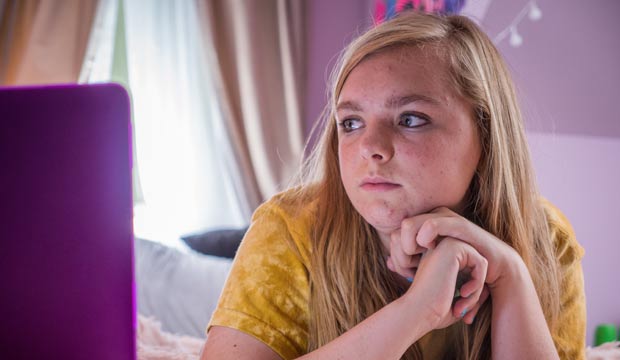 At the start of this year’s awards season, if we had told you that the only feature film to win at both the WGA Awards and the DGA Awards would be A24’s “Eighth Grade,” would you have believed us? Well, that’s exactly what happened. On Sunday, writer/director Bo Burnham prevailed at the Writers Guild for Best Original Screenplay after previously taking home Best First-Time Director at the Directors Guild. Of course, as every “Eighth Grade” fan will remind you, the coming-of age movie starring Elsie Fisher as a teen with social anxiety was cruelly snubbed at the Oscars in every category. We demand an Oscars do-over!

“Eight Grade’s” WGA victory means that Oscar frontrunner “Roma” can only brag about prevailing at one of these important precursors: DGA for Best Director. As for “A Star Is Born,” it went home empty-handed at both guilds after being a shoo-in to win at DGA for Best First-Time Director for Bradley Cooper. “Green Book,” “Vice” and “BlacKkKlansman” were also skunked at both kudos. Then there’s “The Favourite,” which was snubbed at DGA and wasn’t even eligible at WGA.

If you’re thinking that it must be rare for a film to win Best Original Screenplay at the Writers Guild after being snubbed in the exact same Oscar category, you’re right. In fact, the last time this happened was “Bowling for Columbine” 16 years ago. That’s likely why Gold Derby readers had “Eighth Grade” in fourth place to win the WGA Award following “Green Book,” “Roma” and “Vice” and just ahead of fifth-place contender “A Quiet Place.” The corresponding WGA category for Best Adapted Screenplay went to “Can You Ever Forgive Me,” which is nominated at the Oscars.

As for the DGA Awards, our odds-makers had Burnham in second place to win Best First-Time Director, behind only Cooper. The other three contenders were Matthew Heineman (“A Private War”), Boots Riley (“Sorry to Bother You”) and Carlos Lopez Estrada (“Blindspotting”). It was particularly strange that Cooper lost this category at the Directors Guild considering he was also nominated for their all-important Best Director trophy. In other words, Cooper was one of the five best directors of the year but still couldn’t win the first-time award. Talk about shallow!

What does this mean for the Oscars? Well, not a whole lot. Since “Eighth Grade” isn’t nominated there, that means one of these five contenders will prevail for Best Original Screenplay: “The Favourite,” “Green Book,” “Roma,” “First Reformed” and “Vice.” Gold Derby’s odds currently pick “The Favourite” to win, but in this wildly unpredictable awards season it’s truly anyone’s game.