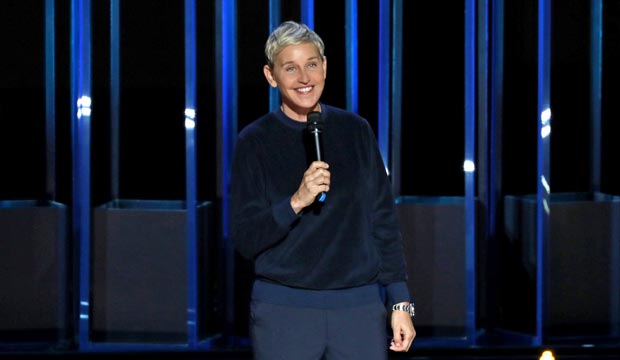 Another year, another chance for the recording academy not to vote for a woman for Best Comedy Album. In the entire 60-year history of the category only five women have ever won that Grammy, and this year there’s only one female nominee: Ellen DeGeneres for the album version of her Netflix special “Relatable.” Can she overcome that overwhelming bias towards men?

In the last 30 years, only one woman has taken home Best Comedy Album: Kathy Griffin in 2014 for “Calm Down Gurrl.” Before that only four other women won: Jo Stafford (“Jonathan and Darlene Edwards in Paris,” 1961), Elaine May (“An Evening with Mike Nichols and Elaine May,” 1962), Lily Tomlin (“This is a Recording,” 1972) and Whoopi Goldberg (“Whoopi Goldberg: Original Broadway Show Recording,” 1986).

So what gives? The Grammys have been called out for their treatment of women in recent years, but even by those standards the shortfall for female comics is unusual. After all, there have been five female winners for Best Spoken Word Album in just the last eight years alone. And five of the last 10 Album of the Year champs have been women. But in recent years the recording academy has overlooked high-profile funny ladies like Margaret Cho (five nominations), Sarah Silverman (three nominations), Tig Notaro (two nominations) and Amy Schumer (one nomination in this category, one for Spoken Word Album).

This is DeGeneres’s third Grammy nomination overall. She has one previous Comedy Album bid for “The Funny Thing Is …” (2005) and a Spoken Word Album nom for “Seriously … I’m Kidding” (2013). A ground-breaker for women and for queer comics, she’s certainly worthy to join the ranks of this category’s past winners.

SEECan Taron Egerton (‘Rocketman’) pull a Lady Gaga and win Grammy on his way to Oscars? He’ll have to beat Gaga first

Muddying the waters in this particular race is the recent controversy around her defense of her friendship with President George W. Bush — who famously opposed gay rights in addition to his catastrophic Iraq War. That may make her less palatable to the recording academy this particular year, though being problematic didn’t stop Dave Chappelle from winning this prize for the last two years in a row, or from earning a third straight nomination this year — he’s the front-runner to three-peat, according to our latest odds.

So do you think DeGeneres will become only the sixth woman to win Best Comedy Album, or will the Grammys’ bias against women combined with her recent backlash keep her out of the winner’s circle?