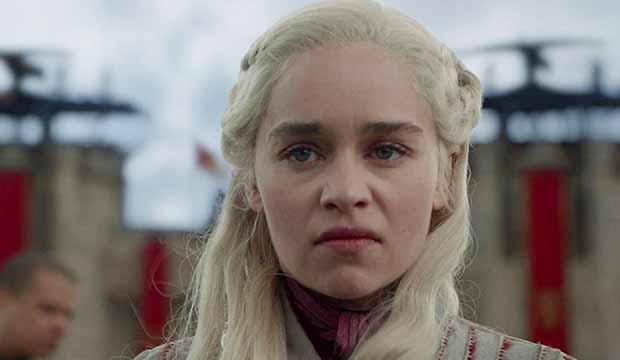 Gold Derby can exclusively reveal that Emilia Clarke is entering the “Game of Thrones” episode “The Last of the Starks” as her 2019 Emmy Awards submission for Best Drama Actress. This program aired May 5 and was the fourth episode of the eighth season for the HBO show.

In this installment, Daenerys (Clarke) needs to protect her claim to the throne and asks Jon Snow (Kit Harington) to conceal his true parentage. She sets sail with her fleet to King’s Landing while Jon leads the Northern army. Cersei (Lena Headey) will not yield to Daenerys’ demand to surrender.

It’s the fourth nomination for Clarke in this role. For the 2019 contest, she is competing against past winners Viola Davis (“How to Get Away with Murder”) and Laura Linney (“Ozark”), previous nominees Sandra Oh (“Killing Eve”) and Robin Wright (“House of Cards”) and rookie nominees Jodie Comer (“Killing Eve”) and Mandy Moore (“This Is Us”).

Grammys 2021: Who will be nominated for Album of the Year? Make your early predictions right now