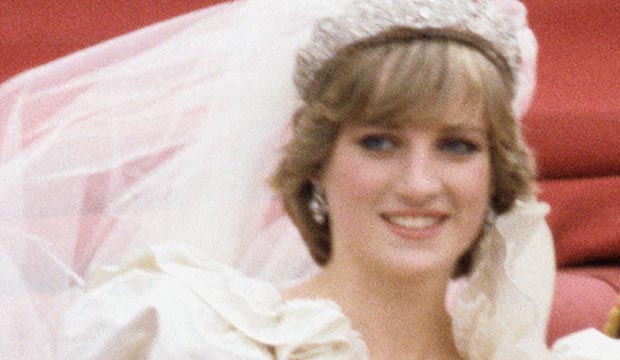 “The Crown” has crowned its Princess Diana.

Newcomer Emma Corrin will play Lady Diana Spencer, the future Princess of Wales, in Season 4 of the Netflix drama, the show announced Tuesday on Twitter.

“I have been glued to the show and to think I’m now joining this incredibly talented acting family is surreal,” Corrin said in a statement. “Princess Diana was an icon and her effect on the world remains profound and inspiring. To explore her through [creator] Peter Morgan‘s writing is the most exceptional opportunity and I will strive to do her justice!” 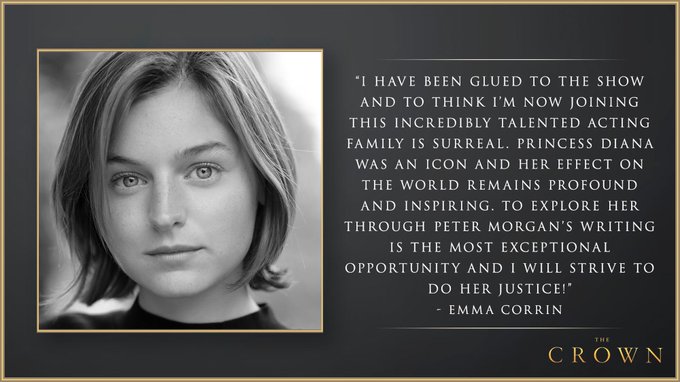 Diana was originally supposed to be introduced in the third season, which jumps forward in time, but, according to The Hollywood Reporter, which first reported the casting, the show has shifted her introduction to the fourth installment.

“Emma is a brilliant talent who immediately captivated us when she came in for the part of Diana Spencer,” Morgan said in a statement. “As well as having the innocence and beauty of a young Diana, she also has, in abundance, the range and complexity to portray an extraordinary woman who went from anonymous teenager to becoming the most iconic woman of her generation.”

Corrin has guest-starred on the British murder mystery drama “Grantchester” and will star on Epix’s upcoming Batman drama “Pennyworth.” She will make her feature film debut in “Misbehaviour” opposite Keira Knightley and Greg Kinnear.

With Corrin not appearing until Season 4, this means she won’t be Emmy eligible until 2021 the earliest. Season 3, which sees Olivia Colman taking over the role of Queen Elizabeth II from Claire Foy, will miss this year’s Emmys as it won’t premiere by the May 31 deadline. Season 4 is scheduled to start production this summer, which means a mid-to-late 2020 debut is likely. (The first two seasons dropped in November 2016 and December 2017.)