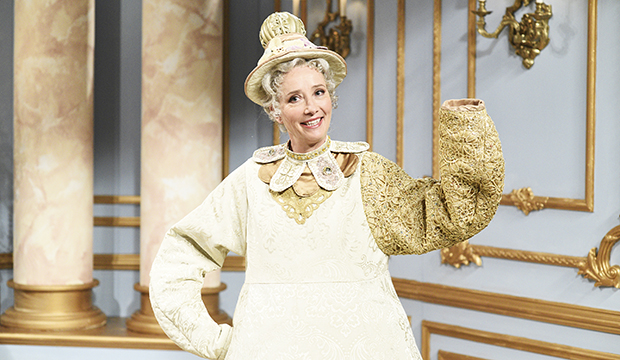 Emma Thompson has seven Emmy nominations and one win. That single victory came for her guest appearance on “Ellen” in 1998, and now, 21 years later, she could win that same category again and be just the eighth person to do so.

Thompson, who missed on a bid for “King Lear,” is up in Best Comedy Guest Actress for her hosting stint on “Saturday Night Live.” No one has won this category more than twice. The seven two-time champs are Colleen Dewhurst, Tina Fey, Kathryn Joosten, Cloris Leachman, Jean Smart, Tracey Ullman and Betty White.

Thompson’s win here for “Ellen,” on which she played herself, was on her very first Emmy nomination. She’s since come up short on the limited series/TV movie side for “Wit” (for which she also earned a writing bid), “Angels in America” (Meryl Streep joked that Thompson would hold a grudge for the rest of her life for beating her “but who cares?”), “The Song of Lunch” and “Sweeney Todd: The Demon Barber of Fleet Street.” So perhaps a foray back into comedy is exactly what the Emmy doctor (just go with it) ordered.

Our early odds currently have Thompson in fourth place behind Jane Lynch (“The Marvelous Mrs. Maisel”), Maya Rudolph (“The Good Place”) and Sandra Oh (“SNL”), and ahead of Kristin Scott Thomas (“Fleabag”) and Fiona Shaw (“Fleabag”).